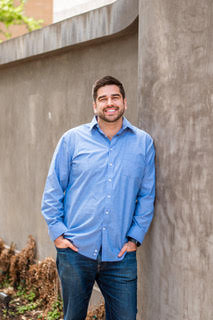 James was born on the Holloman Air Force Base in New Mexico, and was raised in Caddo Mills, TX. He graduated from Texas A&M University with a degree in Biology. During his time at A&M, the Lord drew James to Himself. On February 21, 2011, James accepted Christ and his life hasn’t been the same since. He moved to Austin in May of 2012 to join Wells Branch Community Church, where he started dating his wife, Katie. James and Katie were married December 7, 2013. They love living in Austin and serving at WBCC, and their dream is to plant a church within the Association of Hill Country Churches. James taught middle school science for six years before moving into full-time ministry.  In his free time he enjoys playing sports, going on fun dates with Katie, and spending time with their one year old son, Ace. He is currently studying to receive his ThM at Dallas Theological Seminary.  James is excited to serve Wells Branch Community Church as Pastor. His passion in ministry is to build authentic community that lives on mission to build God’s Kingdom.