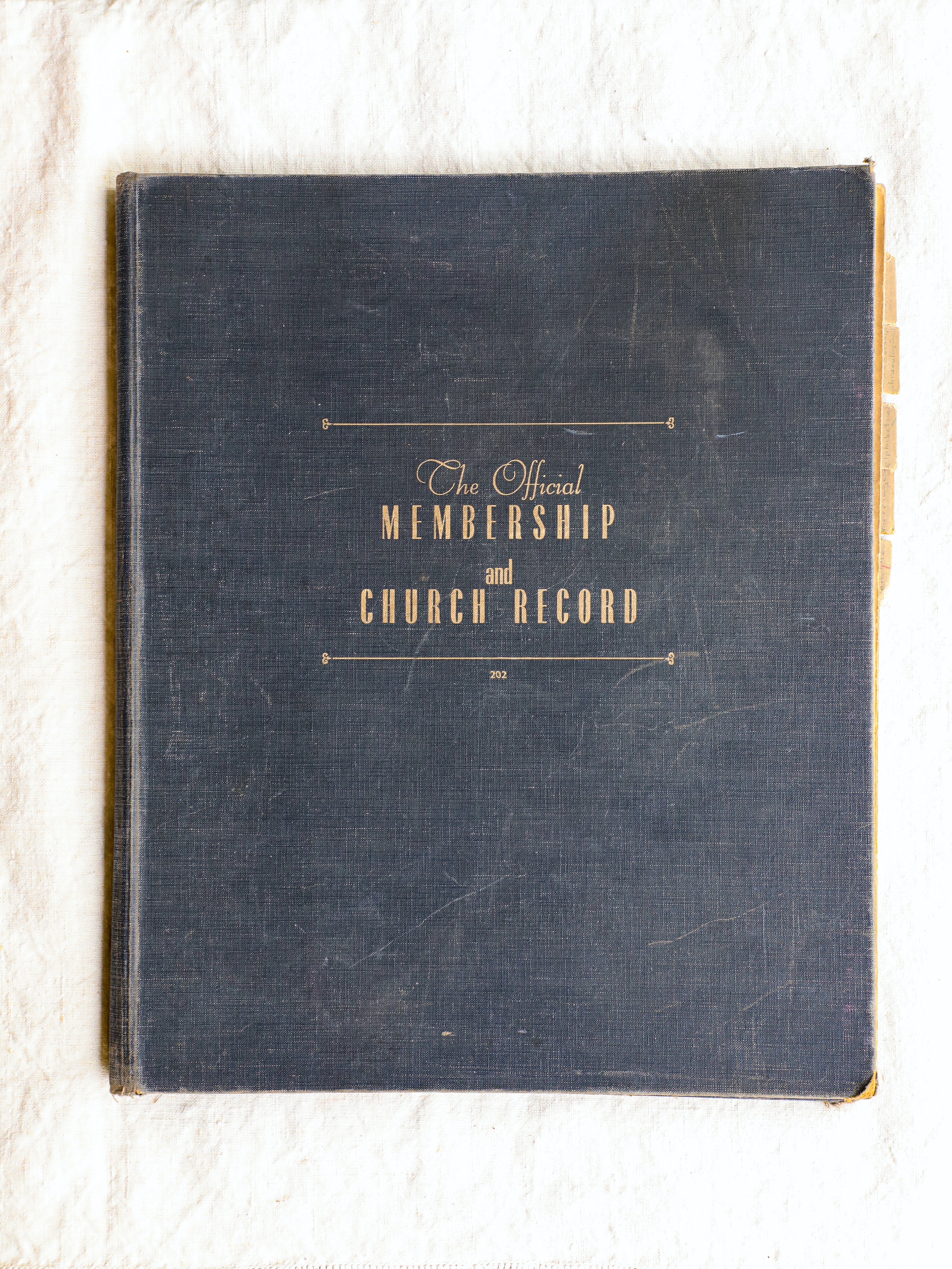 I have been recently watching the Last Dance on Netflix. I know. I’m late to the party. But it has been awesome. It’s like going back to my childhood fantasizing about one day being Michael Jordan. The interesting thing about the Bulls was when Phil Jackson took over the team, they went from an offense focused on Michael to an offense focused on a team that would allow Michael to flourish. Michael Jordan alone could not win a championship. He needed his team.

However, what we find in church circles is a whole lot of individualism. As Westerners we are all about individual rights over the collective. We approach our salvation in a very independent way. That can be helpful since there are not many Westerner’s who believe that anyone else’s faith will get them into heaven. Western Christians agree that righteousness can never be passed horizontally, but only vertically. Where things get tricky with Westerners is the idea of church membership.

We resist membership for several reasons. First we go through the Bible to find the membership class section. When we don’t find it, we say, “I believe the Bible, not the traditions of men.” Membership is not in the Bible so therefore I won’t participate in a manmade institution. This is weird because we somehow don’t have a problem with every other manmade institution like governments, fraternities and sororities, and playing rec league softball.

Now to be fair part of our hesitancy with being a member of the church is because there have been some terrible leaders in the past. I’m sure there are some maniacal church leaders out there who are simply trying to take control and power, and are using their ministries to fuel a coping mechanism for a childhood inadequacy for which they desperately need counseling and repentance. I’m a pastor, and I’m sure at some point, people have said the same thing about me. “The Pastor is just flexing his spiritual muscles to get us to do what he wants us to do.” *Sigh* Being a pastor brings with it heartache, betrayal, and frustration. That is why it is referred to as a calling. You would quit and do something way less emotionally draining if God didn’t actually put this desire to unconditionally love people who won’t love you back in your heart and reach them with God’s love. But again, as Westerners, we have heard somewhere that pastors are greedy and just want power and so we further arm ourselves against the idea of membership.

And there are some of us who love our freedom and independence from any governing body, government included, and see any commitment as an infringement of our rights. There are some who want to do ministry on our own terms and don’t want the burden of a church staff member or committee telling them that they are doing it wrong. There are those of us who love to hear great sermons preached and love to experience Holy Spirit filled worship, but don’t want the inconvenience of loving difficult people. It’s so much easier to love people from afar. When you get close, you see their flaws, you experience their idiosyncrasies. Why tie yourself down and endure being connected to those people.

Membership in the Bible

So let’s go to what the Bible says about membership. Specifically that there is no specific verse. First off can we acknowledge that churches didn’t have to file for a 501c3 in the New Testament. That early church came together with no formal letters of incorporation. But somehow they knew numbers of people getting saved and baptized (Acts 2). They had specific issues where members were not acting in accordance with God’s Word and they were removed (1 Corinthians 5). They had leadership appointed (Titus 1). But let’s get to the verse that clearly indicates Church membership. 1 Corinthians 12:27 “Now you are the body of Christ and individually members of it.”

The word you, in 1 Corinthians 12:27, is an okay translation, but giving it a little Texan helps it out a lot. It is the second person plural, or as we Texans say, “y’all.” So [y’all] are the body of Christ and individually members of it.

The word member is in this verse. What this verse is referring to is a member of your body, like a limb or a leg. In fact, Paul spends the preceding 23 verses describing the church as a literal body and that one cannot say they don’t belong.

Now when I usually talk about this, people say, “See...you just said it. They are members because they are Christians, not because they signed a piece of paper.” However, there was a formal process for people to enter into churches during that time: Baptism. It symbolized being born again and being born into a new family, the church. The only church for miles in any direction. The point that Paul was making was that the Corinthian Church represented Christ as His body on Earth in a physical and tangible way meeting physical and spiritual needs of their community. The point Paul was making was that people could not be disunified. They had to come under the leadership of the church to live out their God given roles within the church to help the church internally, as the church reached the community externally. Rogue hands might help someone, but would leave them disconnected from the protection and health of the church. Limbs that are not submitted to the head and are doing their own thing cause the body as a whole to suffer.

Now to be fair, there has been a modern Christian heresy that is pervasive throughout the world. Secularism: The pursuit of the kingdom without the king. Several Christian bloggers have emphasized this thought like Mark Sayers. But what might be worse is pursuing the king without His kingdom. This goes something like this. I want Jesus to be king of my life, but I don’t want all the inconvenience of dealing with his kingdom. His messy people irritate me. They are too in debt. They are too emotionally needy. Their marriages are train wrecks and I have my own life to worry about. That whole love thy neighbor stuff was really great when everyone looked like me, had the same values as me, and acted like me.

In Acts 20:28, Paul called the Ephesian elders to him at Miletus where he said a tearful goodbye to them. He then challenged them, “Pay careful attention to yourselves and to all the flock, in which the Holy Spirit has made you overseers, to care for the church of God, which he obtained with his own blood.”

Paul challenged the Ephesian elders to pay careful attention to all the flock, in which the Holy Spirit had made them overseers. Now, did the Holy Spirit come down and speak to Paul and say these are the men that are to be elders? Perhaps. Or was it that they were nominated either by Paul or by the church itself to lead and care for their specific people. I think the latter to be more likely.

Romans 13:1 says,” Let every person be subject to the governing authorities. For there is no authority except from God, and those that exist have been instituted by God.”

Paul wrote that people should be subject to secular governing authorities. He also said that elders were there to protect the people from heresy, from abuse and from people living in unrepentant sin. Paul told the leadership of the church to remove the man in unrepentant sin. 1 Corinthians 5:4-5   “When you are assembled in the name of the Lord Jesus and my spirit is present, with the power of our Lord Jesus, 5 you are to deliver this man to Satan for the destruction of the flesh, so that his spirit may be saved in the day of the Lord.”

*Record scratch*...everyone stare at that verse. This makes everyone shiver. Removing a person in unrepentant sin. Paul gets more clear in verse 13, “God judges those outside [the church]. Purge the evil person from among you.”

Discipline for none or all?

Whom do we obey?

There are plenty of churches that do things that I disagree with. You probably would disagree as well. If a pastor of another church tells you that you need to go protest at a military funeral, do you do it?

Hebrews 13:17 says, “Obey your leaders and submit to them, for they are keeping watch over your souls, as those who will give an account. Let them do this with joy and not with groaning for that would be of no advantage to you.”

If we are talking about leadership, which leadership? If there is no formal leadership, who authenticates the leadership from God? I think I have heard of plenty of self-proclaimed Bishops and Apostles. Those sound like very important titles, do I obey them?

Which leaders do we obey? If there is no church membership then any leadership that we have is self-proclaimed or nominated over a geography not a people. People must know who the leadership is. And apparently these leaders must give an account of the Christian. How would they do that without a formal membership process. After that formal membership process one could say I belong to this church body and am ready to serve under its leadership. Until then, you are either beholden to everyone who calls themself a leader or you are beholden to no one.

Since we know that we must submit to some church leaders, it can’t be that we must submit to no one. And we can agree that different churches have conflicting stances on issues ranging from salvation in Christ to the definition of marriage. Clearly a formal membership process is practical and beneficial for all those involved.

What will you do?

Church membership is biblical, spiritual, practical, beneficial, and covenantal. Will you commit to a local body of believers?