What are You Worth?

What are you worth as a human being? I remember growing up always hearing about guys like Bill Gates and Warren Buffet, how they were “worth” billions of dollars. Just this year, in fact, Forbes magazine put old Billy’s net worth at 67 billion dollars.  BILLION 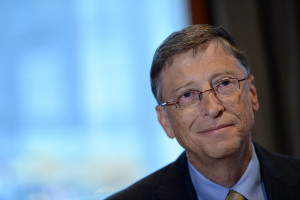 What’s funny about the idea of net worth is that it really makes you think, “Well, what am I worth?” If we’re honest, that thought probably won’t do much to encourage us. As teenagers, it’s an even greater struggle to answer the question of “what am I worth,” simply because the economy of worth to a 15 year old in high school is pretty complicated. It’s not just counting up the pennies in your bank account.

As a high school student, I defined my worth by my grades, the offices I held in student organizations, how many friends I had, my relationship status with a particular girl, the clothes that I wore, how well I did on my soccer team, and on and on. On any given day, my stock could be sky high, or I could feel like garbage. It was like being on a horrible, horrible roller coaster ride.

The book of Genesis was written thousands of years ago by Moses after the liberation of the Hebrew slaves from Egyptian captivity. As much as we’re taught as kids that Genesis 1 is a story about why birds fly and fish swim, and why there are stars and planets, it’s really not. Moses was teaching his people a new world view, a new reality. Genesis 1 is a poem about the God of the universe and where our value comes from. 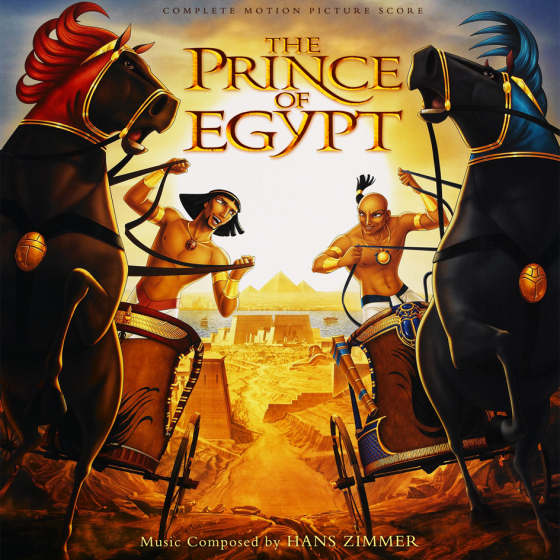 Have you ever seen The Prince of Egypt? If you haven’t, go to Netflix right now and watch it. No, it’s not a very accurate retelling of the Exodus, but it does help to give some perspective as to the world that these people were coming from. In Egypt, the Hebrew slaves were told their worth came from how many bricks they made. That’s all they did. That was their purpose: making bricks. So the slave that could make more bricks was worth more than the slave that made fewer. Children were hardly worth anything; neither were women or the elderly. Bricks, bricks, bricks. And a day off? Forget about it. Only bricks. 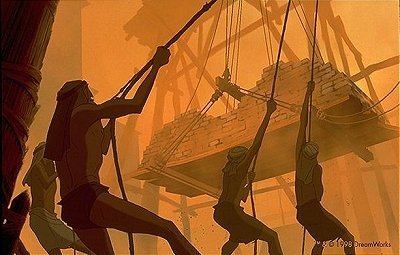 The funny thing is, our culture today is no different than Egypt then. Except instead of bricks, it’s money. And Bill Gates? Man, can he make bricks. So Forbes Magazine writes an article about him as the brick-maker of the year and you feel like you’re somehow worth less because you can’t keep up. Or maybe it’s popularity: how many friends you have. Maybe it’s the approval of people around you; you just need everyone to be happy with you, and that’s what gives your life value. You’re constantly afraid of letting people down because you think if they’re not okay with you, you’re worthless. Maybe it’s grades, and the better your grades are, the more approval you get from your parents, and the more you feel like you’re worth something. Maybe it’s the clothes you wear, the school you go to, the car you drive, or the sports you play. In the end, they’re all just bricks. And that’s why you’re so stressed all the time, because making bricks is exhausting.

But then, Moses tells this incredible story, to a group of slaves, just like us, who’ve been told all their lives that their value comes from what they produce, that their value comes solely from the God of the Universe. That God made them intentionally and for his delight, and that he made them in His image. That God created them for relationship with himself and with other people. That God doesn’t measure our value according to what we produce, but instead gave each of us a dignity simply because we’re human.

And that’s why we’re commanded, COMMANDED, to rest. No brick making for an entire day as a reminder that our value doesn’t come from bricks. It comes from God.

The truth is, if you’re not a Christian, and you’re not right with God, all you have are your bricks. And the reason you’re struggling is because you weren’t made to find your value in stuff. You’re a slave, and you need to be set free. Moses was a picture of someone who was to come, who would set us free not just from institutional slavery, but a spiritual one. Jesus Christ came, died on the cross in our place, and rose from the grave to set us free from the bondage of sin so that we can finally find our value in Him, and not the things we try so hard to produce. Because to him, you were worth it. Remember:

God demonstrates our love for us in this; while we were yet sinners, Christ died for us.

So no more bricks.  Trust in Jesus and find your worth in Him.