Join us in person at 8:15AM outside at Calvary Worship Center, 9AM & 10:45AM in person and online at Wells Branch Community Church  via Facebook, YouTube, or Twitch. For in-service guidelines click here!

Unplugged Church: How should we think about Technology in the Church 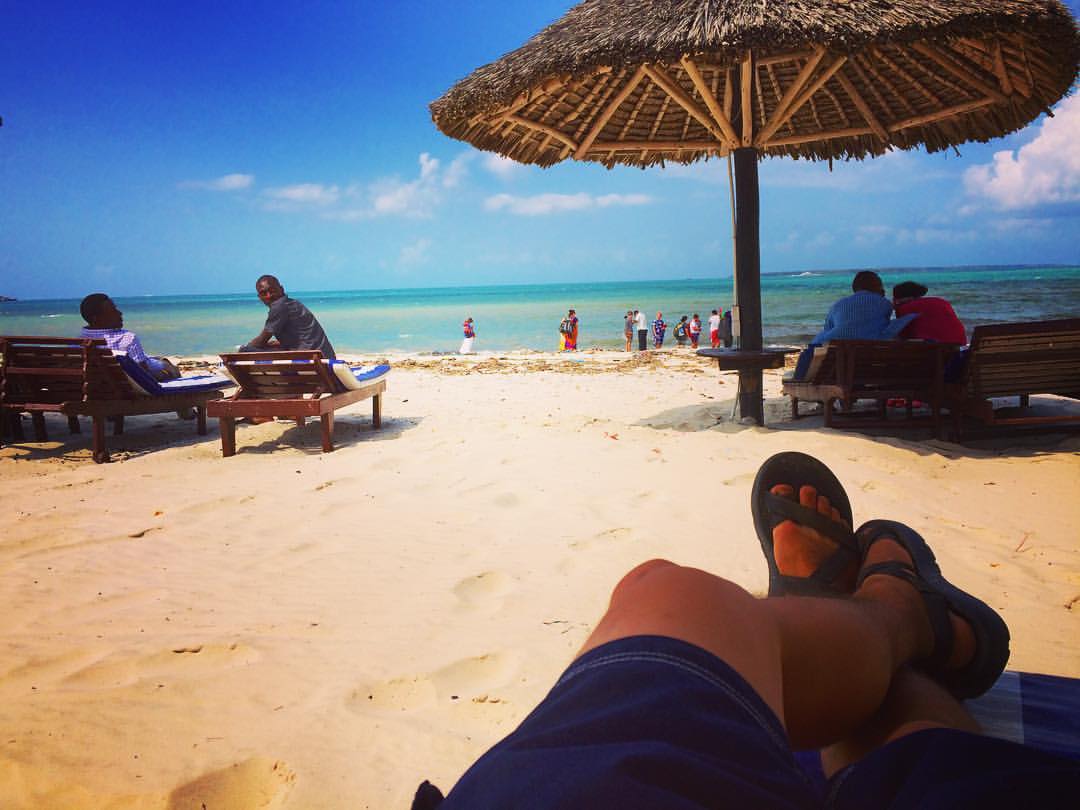 I lost my laptop charger for a few days this week.  I know it sounds dumb, but it’s the main reason why I haven’t been able to write this post sooner.  I don’t know about you, but it’s incredible how much of my work puts me in front of a screen.  Like I mentioned last week, Chris, our lead pastor, basically forced me to get a smart phone.   Many of us don’t think about it much. Technology (here let’s say we’re talking about advanced electronic technology… not something like a wheel or a pencil or a book, all of which, yes is technically tech) is inundating our lives.  Often the first thing we look at when we roll out of bed (or just roll over in our beds) is our phones.  Do you remember when we had alarm clocks that were literally just… clocks?

Take a step back and survey the technological landscape, the fact that according to Pew Research, 77% of Americans own a smart phone (92% among adults 18-29 years old) and 78% are connected to high speed broadband internet (which, by the way, there is a general consensus that getting the rest of population online is almost a civil liberties issues).  These statistics are amazing, and we haven’t even mentioned technology and connectivity in cars and refrigerators (seriously), video game and entertainment industries bringing in billions each year, or the fact that 4 of the 5 largest companies in the U.S. by market capitalization are tech companies (Apple, Google, Microsoft, and Amazon).

As a Christian, I have to wonder about how I should think about our dependence on and embrace of technology in so many aspects of our lives.  As the church, we have to wonder:

Is technology something we as a church should resist?  Is our pursuit of better and brighter distracting us from experiencing God or does it facilitate opportunities that had since been unavailable to humanity. 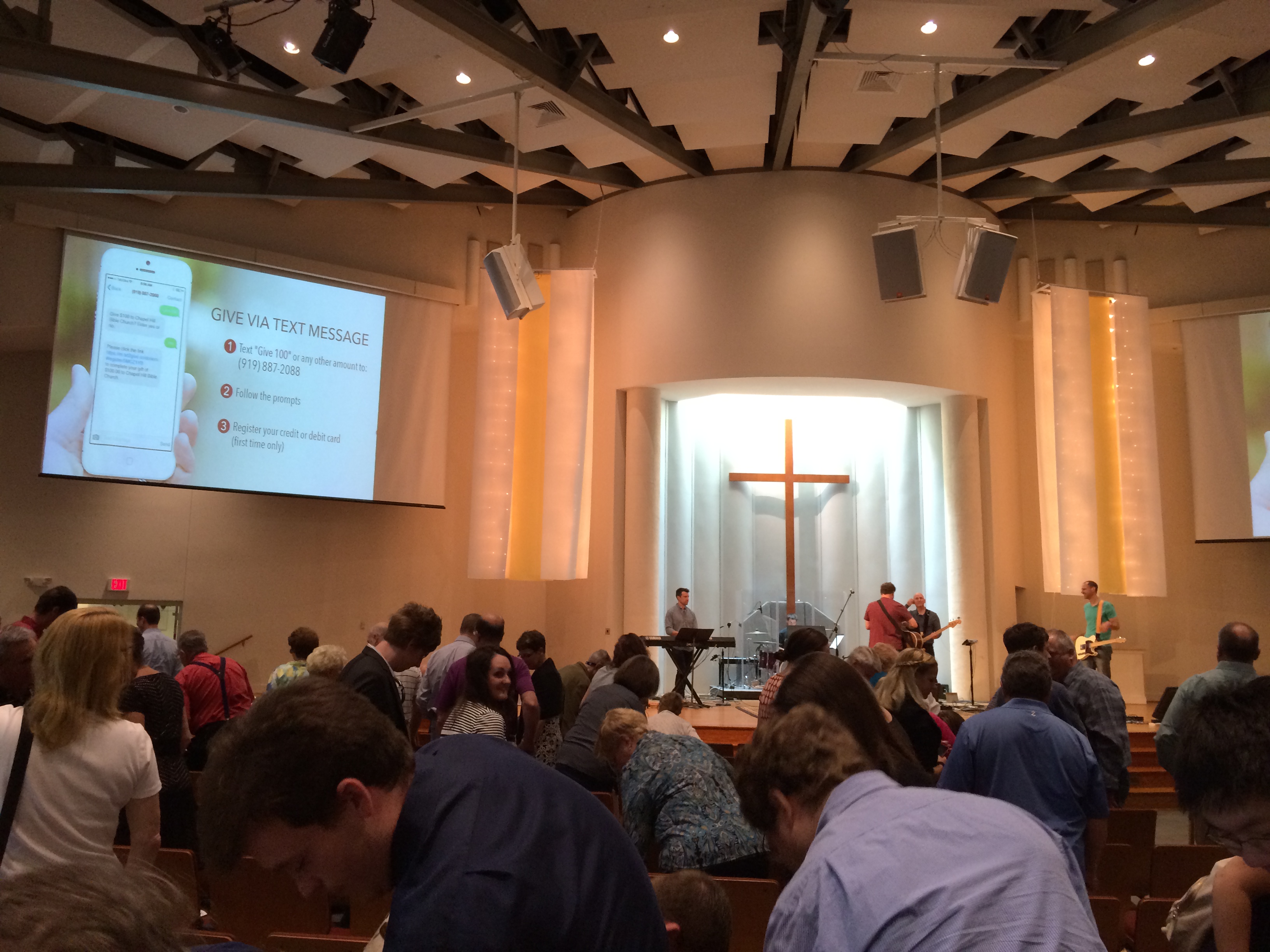 It’s a question worth asking, especially now that more and more churches, and Christians individually, are being inundated with more and more tech at an accelerated rate.  Not to mention the increasing costs of acquiring and maintaining that technology in our churches and in our lives (seriously, if you’re thinking about spending $1000 on a phone, or a church is getting ready to drop tens of thousands on a new sound system, it warrants a conversation about whether that’s a good idea or not.)

In the spirit of fairness, we’ll take a look at both sides of the argument: Last week we took a look at the value and benefit of technology in the church, both from a biblical and philosophical perspective.  This week, we’ll discuss the pitfalls and dangers of technology in our experience of spiritual life both personally and as a church.

What’s in a Name?

Believe it or not, the Bible actually tackles technology head on, basically on the first page.  After Adam and his wife rebel against God in the garden by eating of the tree of the knowledge of good and evil, they felt shame in their nakedness and created the first piece of tech: clothing.

Then the eyes of both were opened, and they knew that they were naked. And they sewed fig leaves together and made themselves loincloths. (Genesis 2:7)

Not super sophisticated, but it was definitely the hot new thing.  Later we find humanity’s interest in creating technology escalate quickly.

God sends the first couple out to work the unforgiving ground and eek out a life eating the consequences of their rebellion.  The first children born to this family, Cain and Abel, have a bit of a row over who was offering a better sacrifice and Cain murdered his brother (pretty intense step up from eating some fruit).  God pronounces judgement on Cain and commands him to wander the earth… but of course he doesn’t.  Instead he builds a city:

Cain knew his wife, and she conceived and bore Enoch. When he built a city, he called the name of the city after the name of his son, Enoch. (Genesis 4:17) 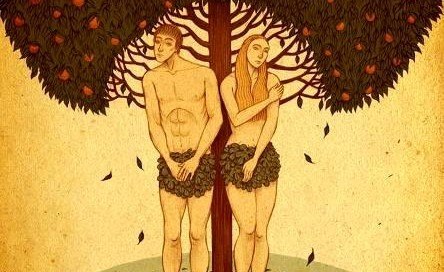 These two things, clothing and the city, were the first two instances in human history where man created technology.  As different as they might be, and as different as the scale might be, they’re actually basically the same.  The same stunning reason for the invention of clothing and the city: To fix something that was broken.  Adam and Eve’s clothing was designed to fix their sense of shame in being naked.  Cain’s city was designed to fix his sense of shame and fear in being a wanderer.

And that’s the point: Technology, by its design, is humanity’s attempt to create a solution to problems.  Unfortunately, like Cain’s city (Enochville, I guess), the creation of that tech was far more than just scratching an itch.  Technology, then as it is today, is often erected as a monument to our sense of independence.  It’s a fist waving up at the sky saying, “I can be my own God and create a better world.”   Cain’s decision to name his city after his son was a massive act of defiance, a big middle-finger to God’s design, where Cain’s image and Cain’s legacy would be multiplied on earth.  It wasn’t just about building a place to live.  It was about defining who he (and we) would be as human beings.  Which brings us to Apple.

I love TED Talks.  Brandee and I actually watch them together often.  One that sticks out is a TED Talk given by this guy Simon Sinek about why Apple as a company redefined the tech and computing industry. 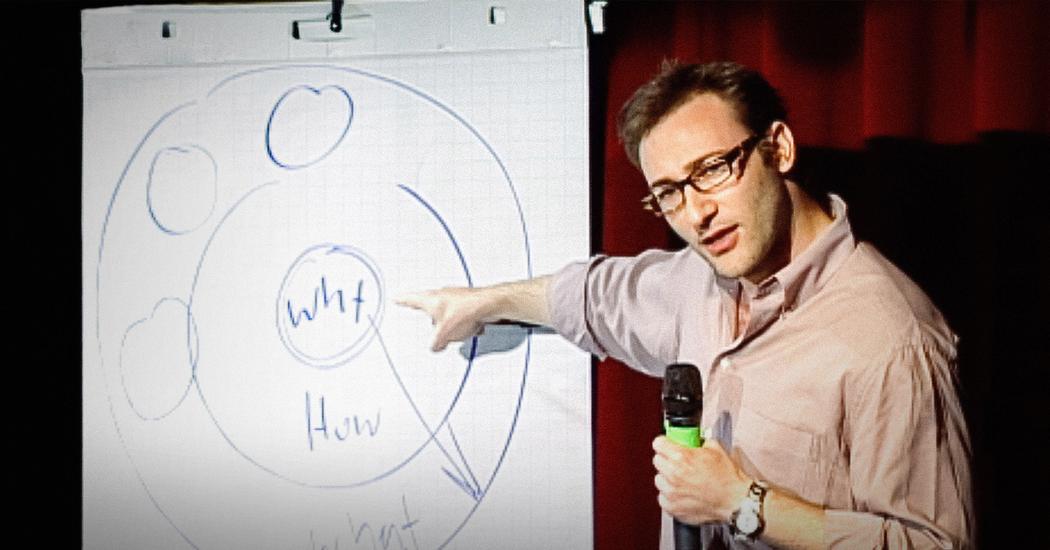 If Apple was like everyone else a marketing message might be: We make great computers. They’re user friendly. Want to buy one? …Here’s how Apple actually communicates: everything we do, We believe in challenging the status quo, we believe in thinking differently. The way we challenge the status quo is by making our products beautifully designed, simple to use, and user friendly. We just happen to make great computers. Want to buy one?

Apple’s philosophy isn’t “sell more devices,” it’s “sell our image”.  And it works.  It works so well.  Critics of Apple complain about how their devices aren’t innovative anymore, they have features that are sometimes generations late, packaged in the same tired cliches, all the while often being priced way above their competition, and yeah, calling your stores “town centers” is a stretch even for Apple.  But hey, we all know that people are going to line up at their town centers (eye-roll) to trade in their perfectly good iPhones for a slightly better ones.  Why?  Because it isn’t about a phone.  Your life was just fine (or just as bad?) before you found out the new iPhone existed. 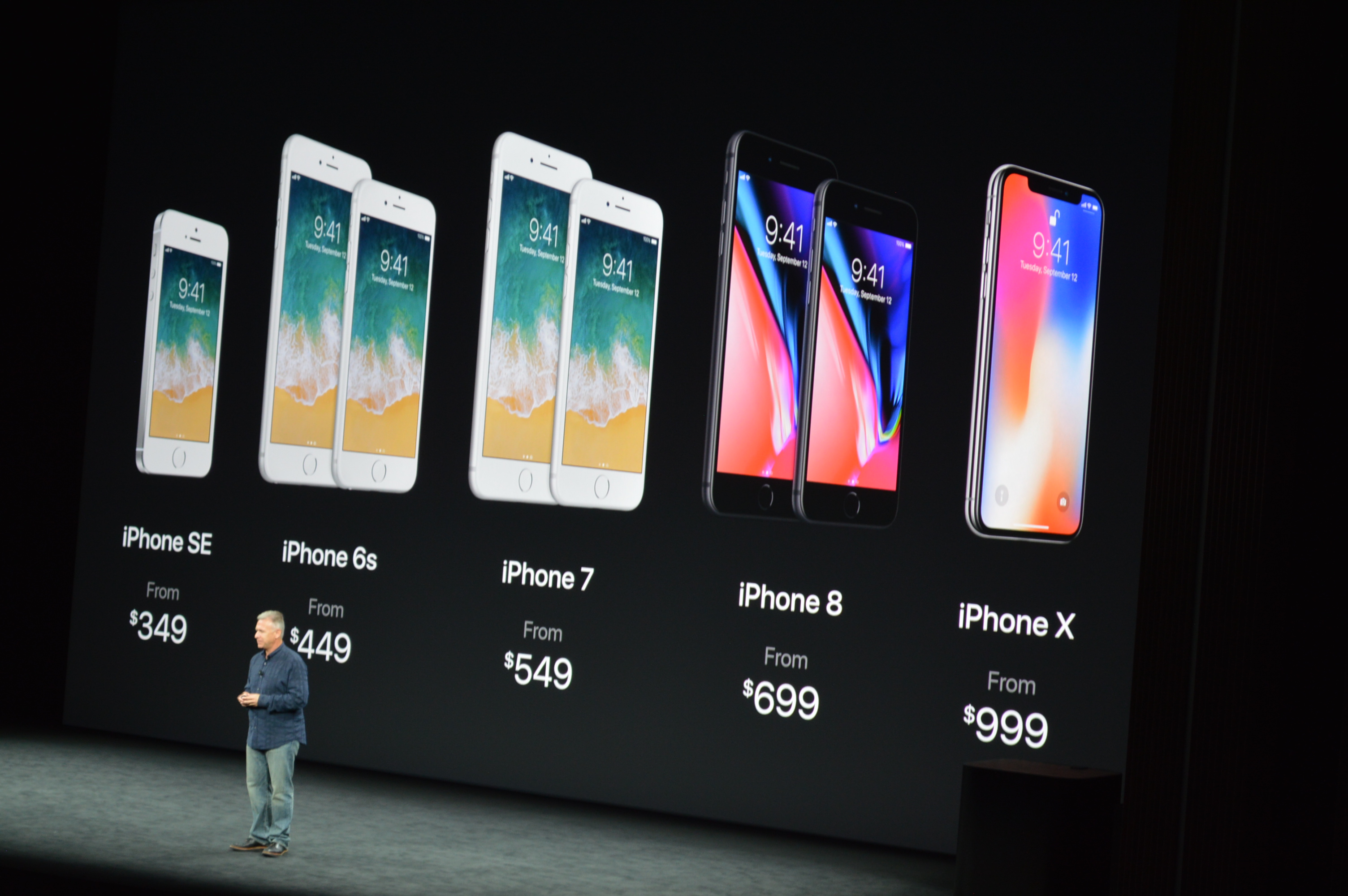 Apple is incredibly effective at addressing the desperate need people have for identity, not just stuff.  But before you think I’m making Apple out to be a villain, the truth is, we love it.  We love that we can get stuff delivered to our front doors in two days.  We love being able to distract ourselves after a hard day at work in front of a TV.  We love being able to snap photos and curate a persona of ourselves.  We love it because we all need a sense of control over our lives.  We need to feel like that pain and hurt and void can hidden away behind a new pair of shoes or a video game or a new season of Stranger Things, or an instagram account.  But they’re just fig leaves.

John Dyer puts it this way:

…the city is humankind’s first idol, the first attempt to use our creative powers to dislodge God from his place of preeminence and his rightful status as the sustainer of life. We use our idols fundamentally as a way of meeting our needs apart from God, and this is our greatest temptation with technology-to use it as a substitute for God.

So what does this mean for us as Christians?  The tale of humanity’s use of technology to cover up the darkness in our lives is one almost as old as sin itself.  And there are certainly some incredible examples of how technology has been redeemed for God’s glory (more on that in a bit).  However, at the very least, we would do well to remind ourselves of some true things about technology and our experience of God in the church:

Technology feels slippery. It promises a lot and keeps you busy, but leaves you empty. One example that comes to mind is the He Reads Truth app. As a designer, I was sold that the richly designed experience would make my time with God more intimate, but I experienced the opposite. I would rush through scripture and be spoon fed by someone’s commentary. 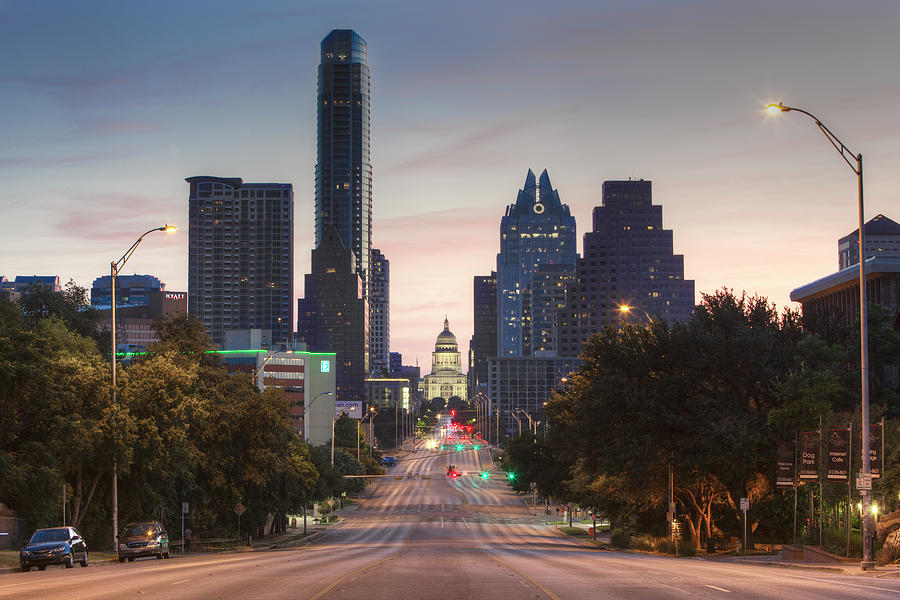 And that’s the good news: God is a God of redemption.  Everything that was meant for evil, for defiance, for rebellion, can be redeemed to bring life to a dying world.  Those few days I was without my laptop, I let myself enjoy the peace of a quiet evening with my wife reading a book.  I wrote pages and pages in my journal.  I enjoyed face to face conversations.  It was wonderful.  I would highly recommend it.  And yes, now that I have my laptop back, I’m finding that this can be nice too.

To read the other side of this discussion, be sure to check out Electric Church: How Should We Think About Technology in the Church

Special thanks to Casey Decker and Colin Hemphill for their help processing and articulating these ideas!