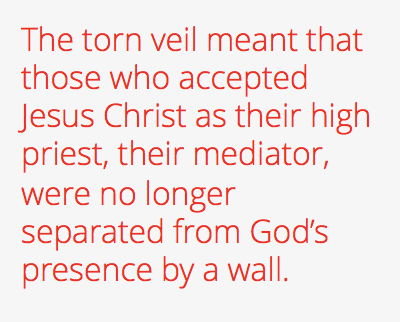 It’s funny to me how many adults my kids know.  I love that our church is a place where they have so many eemos (Korea for aunt) and uncles – as a parent it gives me so much joy to know that they are well loved by my brothers and sisters in Christ.  It gives me even more joy because they’re experience with adults is so radically different than my own. When I was growing up, there was a palpable divide between kids and adults. A part of it was, I’m sure, my own feelings of shyness (I know it’s hard to imagine but I was actually a very shy kid when I was young).  A lot of it, though, had to do with the cultural restrictions of how Korean kids are to treat their elders.  I spoke at a youth winter retreat a few years ago for a very Korean church here in Austin and was amazed at how uncomfortable the kids were when I told them they could just call me Phill.  Many of them refused and insisted they call me “mok san neem” or “reverend.” I finally got at least a few of them to meet me halfway and went by Pastor Phill. Honestly, I understood their discomfort; I grew up the same way, not knowing the names of any of the adults in our church (I was even unsure of my own parent’s names for the longest time) because there was a veil, a wall of separation between kids and their elders.

Don’t get me wrong, I appreciate the respect and honor the kids had for the calling I have as a pastor.  It’s something that’s often sorely missing in the American evangelical church. As a youth pastor at the time, my own students laughed when I told them the kids at the retreat called me Pastor Phill (one of my juniors had my number in his phone simply as  “babe.”)

The whole name situation, however, made me think about the idea of separation, and what separation does to us.  Again, honor and respect are both good and important things, but what happens when it comes at the cost of intimacy?  Can you really have a relationship with someone if you feel like you can’t approach them by name? The whole retreat, I wanted those kids to know me and be loved by me… could they do that if they felt like I was always on the other side of a wall?

Yesterday morning, I was rearranging a few items at the resource table in our church lobby when a young man walked in.  He was about 45 minutes late to service because he had accidentally set his alarm incorrectly. I told him he was welcome to go on in for the last few songs and then catch second service.  He shook his head and said with a voice loaded with guilt, “Oh no, I can’t do that. I’m just going to go home – If God was physically there on stage, I know he’d be super angry at me for sneaking in late”

I could sense just how separated from God this guy felt, like God was on the other side of this wall, and if he didn’t approach exactly the right way, he would be rejected and cast out.  The funny thing is, we all can understand this feeling: separation between us and the God of the universe. How could God possibly accept us? Ironically, if he had stuck around a little bit longer, he would have heard the best possible news.

The Israelites understood this idea of separation.  When the temple was built, God made certain specifications for how the temple was to be established.  At the center of the temple, God told the people to set up a special room called the Holy of Holies. It would be there that the presence of God would rest.  However, because of the sinful, broken nature of humanity, that room was to be separated out from the rest of the temple (and the world) by a veil.

A few things about this veil:

This is why what happens in Matthew 27:51 is so amazing:

And behold, the curtain of the temple was torn in two, from top to bottom.

As Jesus yielded his spirit on the cross, Matthew spins the camera around to the inner parts of the temple where the priests (who likely pushed for Jesus’ execution) watched veil that represented their distance from a holy God get ripped in two.

What does this mean?  It’s the best news we could possible get.  As mysterious as Jesus’ death on the cross can seem on the surface, God the Father wanted to make sure we understood very, VERY clearly what was going on.  The moment Jesus surrenders himself into death, God received the offering he made as a payment for the sin of humanity, nullifying everything the veil in the temple represented: separation and distance because of the corruption of sin.

It meant that to those who accepted Jesus Christ as their high priest, their mediator, were no longer separated from God’s presence by a wall. Instead we were given access:

Access as God’s People.  The author of Hebrews explains it to us: Therefore, since we have a great high priest who has ascended into heaven, Jesus the Son of God, let us hold firmly to the faith we profess. For we do not have a high priest who is unable to empathize with our weaknesses, but we have one who has been tempted in every way, just as we are—yet he did not sin. Let us then approach God’s throne of grace with confidence, so that we may receive mercy and find grace to help us in our time of need(Hebrews 4:14-16).  Because Jesus as our high priest and mediator offered himself as a satisfying sacrifice to cleanse us of our sins, we can step into the presence of God with confidence!

Access as God’s Children. Access as a child means much more than just knowledge.  It’s more than reverence. It’s intimacy. As the veil is torn apart, God invites those who are in Christ to step into his presence not just as his people, but as his kids.  The relationship he chooses for us has all of the closeness, love, loyalty and commitment of a parent to a child. John makes note of this: How great the love the father has lavished upon us that we should be called sons and daughters of God! I John 3:1.  It makes me think about that guy who left church yesterday so discouraged because he felt like he couldn’t walk through the doors of the sanctuary believing God would be upset at him. I told him, “If one of my daughters walked through those doors, I can tell you I would be so excited to see her.  I’d wrap her up in my arms… not scold her for being a little late.

Access as God’s Family.  The lovely thing about the veil being torn meant that anyone could enter the presence of God through Jesus Christ.  Not just a select few who had all of the right religious credentials. All of humanity was being invited in, which meant the church was to represent that openness in the way we engage with others.  It’s no accident that Paul uses the same kind of imagery to describe the separation that existed between Jews and Gentiles being torn down through Christ in Ephesians 2:11-16 – 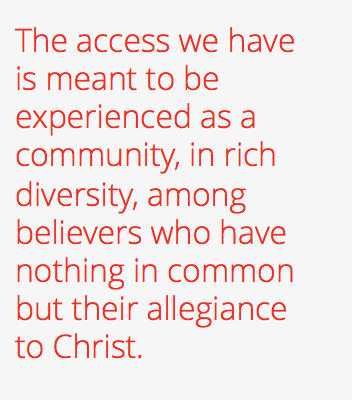 Therefore remember that formerly you who are Gentiles in the flesh and called uncircumcised by the so-called circumcision (that done in the body by human hands)— remember that at that time you were separate from Christ, alienated from the commonwealth of Israel, and strangers to the covenants of the promise, without hope and without God in the world. But now in Christ Jesus you who once were far away have been brought near through the blood of Christ.For He Himself is our peace, who has made the two one and has torn down the dividing wall of hostility by abolishing in His flesh the law of commandments and decrees. He did this to create in Himself one new man out of the two, thus making peace and reconciling both of them to God in one body through the cross, by which He extinguished their hostility

As the Father tore down the wall that separated us from him, he also tears down the walls between us. The access we have is meant to be experienced as a community, in rich diversity, among believers who have nothing in common but their allegiance to Christ.

Reverence for God is always important, but reverence without intimacy only leads to guilt and fear.  Jesus’ death on the cross literally opened the way for us to experience the intimacy with God that our hearts were created for.

Hallelujah! The veil is torn.