The Potter’s Field: Jeremiah, Zechariah, and a Very Confusing Prophecy 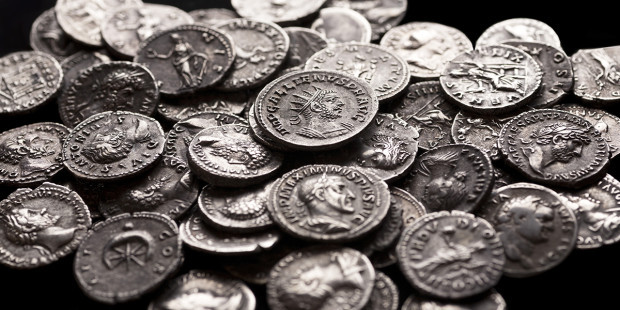 This past Sunday, in our Matthew’s Passion series, we took a deeper look at Matthew 27:1-10 to understand what God’s word has to say about the idea of humanity’s attempts to justify (or make right, to be in right standing) themselves before God, before others, and with themselves.  It’s a challenging passage for sure; most people focus in on Judas’ absolute spiral into despair after he’s thrown out of the temple for trying to bring the 30 pieces of silver back to his co-conspirators. While definitely troubling and painful to read, it’s actually the last two verses that are most vexing to me.  It’s the passage that has to do with purchasing the potter’s field and the confusing reference to the prophet Jeremiah. I alluded to this in the sermon, but there actually several different perspectives for us to consider when it comes to this passage.

Just as a reminder, after Judas throws the money back into the temple, the chief priests (Judas’ co-conspirators in the plot to have Jesus executed) start to argue over what to do with the money.  They say that it’s against the law of God to put “blood money” back into the temple treasury (nevermind the fact that it was they themselves that made it blood money in the first place), so in an attempt to settle their own consciences, they decide to purchase the old potter’s’ field and convert it into a public cemetery for foreigners.

Then comes the really confusing part:  Matthew tells us that this is a fulfillment of what God had spoken “through the prophet Jeremiah…”

Early in the morning, all the chief priests and the elders of the people made their plans how to have Jesus executed. So they bound him, led him away and handed him over to Pilate the governor.

When Judas, who had betrayed him, saw that Jesus was condemned, he was seized with remorse and returned the thirty pieces of silver to the chief priests and the elders. “I have sinned,” he said, “for I have betrayed innocent blood.”

“What is that to us?” they replied. “That’s your responsibility.”

So Judas threw the money into the temple and left. Then he went away and hanged himself.

The chief priests picked up the coins and said, “It is against the law to put this into the treasury, since it is blood money.” So they decided to use the money to buy the potter’s field as a burial place for foreigners. That is why it has been called the Field of Blood to this day. Then what was spoken by Jeremiah the prophet was fulfilled: “They took the thirty pieces of silver, the price set on him by the people of Israel, and they used them to buy the potter’s field, as the Lord commanded me.  (Matthew 27:1-10)

Okay, so there are two questions to wrestle with:

Let’s dig in to some of the possible resolutions.

What about the reference?  Well, there three possible answers:

A. The reference is actually Zechariah’s words, but is connected to Jeremiah’s ministry because Jeremiah’s name was on the scroll.  Back in those days, because books didn’t exist in the same form as today, it was common for shorter writings to be attached to longer more “major” writings.   This way you didn’t have a tiny scroll for a short writing like Jonah (which is just four chapters) or Obadiah (which is literally just a few paragraphs.) Truthfully, we often do this today when we read books with multiple contributors. We often reference the name on the cover even if the contribution is from a co-writer.  This may or may not be the strongest, most satisfying answer for a modern reader, but it was very much accepted practice.

B. The passage is a “combination” of two references.  Namely, quotations from both Jeremiah, who had experiences with potters and pottery on two different occasions (Jer. 18, and Jer. 19), and the quotation from Zechariah 11.  The two references in Jeremiah are very similar thematically with Zechariah 11, and Matthew may have combined these two references together, then only attributed them to the “major” prophet.  There’s actually another place in the NT where we see this happen: Mark 1:2-3 quotes both Malachi and Isaiah when he begins his gospel by saying:

The beginning of the good news about Jesus the Messiah, the Son of God,  as it is written in Isaiah the prophet:

“I will send my messenger ahead of you,
who will prepare your way”—

“a voice of one calling in the wilderness,
‘Prepare the way for the Lord,
make straight paths for him.’”

Even though the reference is from two different prophets (the Malachi reference is first by the way), Mark still only attributes the quotation to Isaiah.

In Matthew 27, the reference is less important than the idea being emphasized: There is great judgement against the people of God who sold out their devotion to God, rejecting him in order to justify themselves in their idolatry. The two references are harmonious, so it’s not so important to quote both authors.  It just goes to show that as western readers we have our own biases when it comes to what’s important and that understanding the cultural context of when scripture was written is important.

C. Which actually brings us to a very similar perspective:  Matthew wants us to see two different perspectives to what was foreshadowed.  There’s actually a third place where the reference to the potter’s field could actually be alluded to in Jeremiah.  In Jeremiah 32, Jeremiah is instructed to buy a field from his cousin while he (Jeremiah) was imprisoned by the king for preaching a message of warning to the people.  The nation was just about the conquered and carted off into captivity, but just before this happens, God uses the purchase of this land, and the subsequent symbol of putting the official documentation of the purchase into clay pots, as a promise that one day the people would again return to the land.  The sale would be honored one day when God, in his faithfulness, would redeem his people out of captivity and bring them back.

Put together with the words of condemnation of Zechariah 11 where the sheep are led to slaughter after they reject their shepherd, it paints a unique picture of both condemnation of the people for their rejection of Jesus, and a one-day rescue by God to restore peace to those who continue to wait on his promises.

Which brings us to our last question: Why is this prophecy included in this moment?

Well, honestly, we don’t know exactly what Matthew was going for.  We do know that the intense scrutiny of the early church did in fact understand that this wasn’t a mistake by the author, but interpreted the prophecy in a meaningful and purposeful way.  Personally, I appreciate all three possibilities – and all three point to the same idea:

All of humanity has rejected God’s son, trying in vain to settle the debt incurred by our rebellion, and are ultimately condemned because of that act of treason.  Remember what Isaiah (just Isaiah, no complicated reference here) says in Is. 53:6 – We all like sheep have gone astray, each of us has turned to his own way… but ah, the rest gives us ultimate hope… and the Lord has laid upon him (that is, Jesus, the one we’ve betrayed) the iniquity of us all. 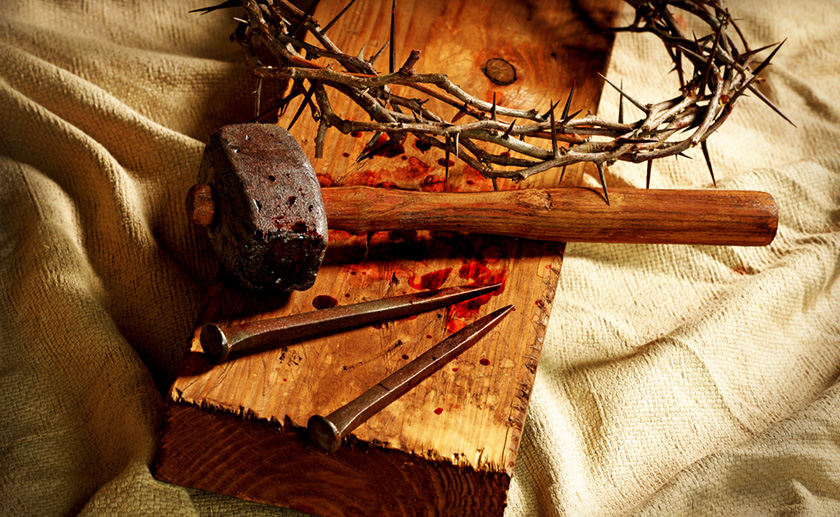 So whatever you think of why Matthew attached this prophecy to Jeremiah in Matthew 27, a simple ancient convention of attribution, an emphasis upon the rejection of the people of God by pointing to the major prophets agreement, or an attempt to provide a complete picture of both our sin and God’s faithfulness, the bottom line remains the same:

We’re rejected God by rejecting Jesus, but the Grace of God is this:

The one betrayed has now come to save the betrayer.