The Gospel is sufficient on it’s own, trust me

This is a piece from my own personal website, hopewithoutwavering.com, that I wanted to share with you this week! It’s something that really hit me while in Tanzania for a mission trip in December. Thanks for reading! 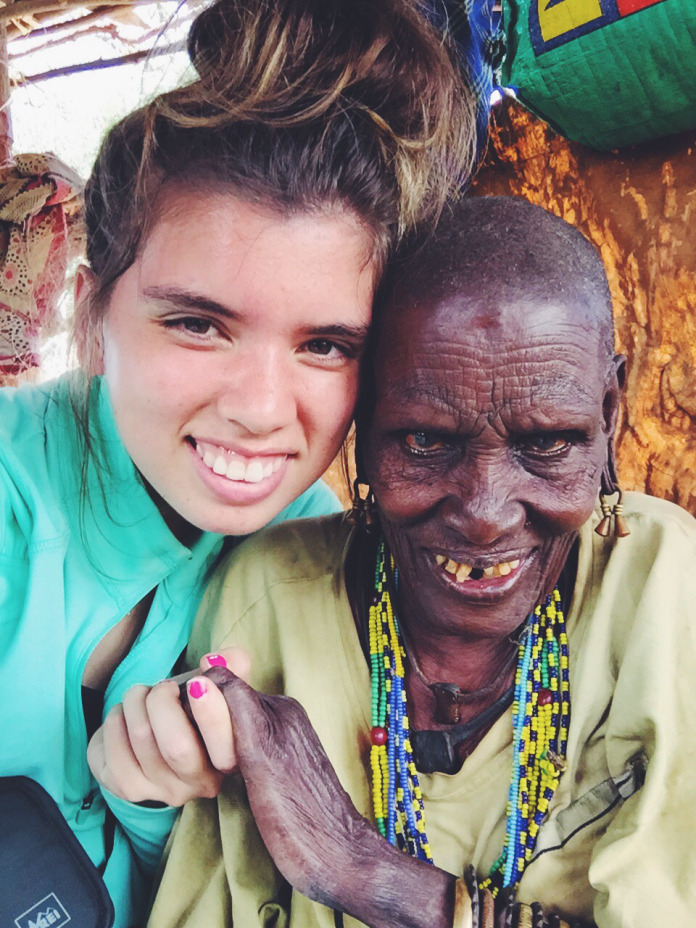 I wanna tell you a story. It’s not one I immediately reach for when I’m asked about Africa, but it’s one God’s asking (more like ordering) me to tell you. So if you’re looking for a blog about a beautiful moment that moves you to tears, try again. This post is not for you.

But if you’re having a bad day and maybe you just need a good laugh, then continue reading. Even if you’re not having a bad day, you’ll still laugh. And this is a long story, so I hope your lunch break can handle all this.

After you read this, you’ll realize how completely uncool I am. Trust me. I’m not exactly bursting with joy to tell you this story, but here we go.

“Just like that.. the moment was ruined.. And so I’m just sitting there awkwardly trying to figure out how to move my lips to form actual words. At this point, Holland and James are almost on the ground they’re laughing so hard.”

It all started because an elder at the local church there (yes they have church elders in Tanzania) wanted us to share the gospel with his grandmother. She was 105 and had never heard the gospel! If you follow me on Instagram, you know what I’m talking about. We started the journey to her home shortly after the conversation, and it felt like hours we were hiking up this hill. I mean, I’m in a skirt and tennis shoes. The most unattractive and dysfunctional thing you could ever wear, and if somethings going to be so hideous, it should at least be comfortable right? Wrong.

Then, as we’re still on our journey, I suddenly feel someone tug at my bun and it abruptly pulls me back. I’m thinking it’s James Myer, but fortunately for him, it was just a branch covered in thorns that my hair just engulfed itself in. My hair and the branch were one.. Awesome. So as I’m hustling to get this branch out of my hair, everyone is leaving me behind. Like literally walking on and completely unaware of what had just happened to me. I’m sitting there completely struggling, frantically pulling on this branch like my life depended on it. Can you picture this in your head? I bet you just giggled. You’re welcome for that.

After nothing worked and it seemed as if my situation was getting worse the more I pulled, I muster up the courage and in one quick motion just rip my hair from this branch like you’d rip a band-aid off. Fast and especially painful. Let’s just say.. Africa has a part of me now. On another note, once I finally catch up, we’d made it to the home of David’s grandmother. That’s his name, the elder of the church.

As we walk in, we’re all introduced and we find a seat on the ground. We had been taking turns sharing, and because Holland and I had already gone, James was up. One of our translators accompany him over to this 105 year old woman, and as he begins to share, you would think she was bored out of her mind. Her face never changed, her body was still, and it was like she was watching someone talk about the Superbowl or something. (was that funny? I think so) Her eyes just weren’t engaged.. or at least that’s what I felt. And I must’ve been wrong because once he finished and asked her if she wanted to believe.. she accepted and said yes to the gospel! It was crazy. God works in the hearts of people, and that doesn’t mean we get to see it all. Just because I didn’t notice a slight change in character, that didn’t mean God wasn’t moving in the depths of her soul in that moment.

Before the trip, I developed this grand idea to bring fingernail polish. I know what you’re thinking. Nail polish? Really Catie? In Africa? You’re dumb. But just love me through it. I really wanted to bring it because I thought I could try it as an evangelism tool. See? Not soooo dumb.. My thought process was that I could paint nails and share the gospel at the same time! I mean, who doesn’t like getting their nails done? “I hate having pretty nails!” -said no girl ever

So obviously I had the colors with me in my backpack (hot pink and mint of course) just in case there was any situation that called for it. I was prepared and ready. Bring. it. on. My little heart was so hopeful.

After we prayed and began to just relax and talk with everyone in the home, I wanted to go sit next to her. We were the only women in the room so I felt it was only appropriate. She seemed way too cool not to say anything too. As I walk over and sit down next to her, probably too close just because I’m unaware of social boundaries like that.. we both smile at each other. She grabs my hand and just holds it in hers, and if you know me at all, you know I LOVE holding hands. So I was quite enthused we shared the same interest. The first couple minutes she spent time touching my hair, my face and my clothes, and I wanted to touch all of the gorgeous bracelets on her arms.

“I like your bracelets! They’re beautiful.” I said to her.

Y’all, what happened next wasn’t something I anticipated AT ALL. She looks down at the 20-30 gold metal bands that are so gracefully wrapped around her wrists, points to a bag hanging from a wooden post next to her, and a younger woman walks over to grab inside. She pulls out a bracelet just like the one she was wearing and hands it to me. “Is this a gift?” The translator then nods, and I was in shock. I couldn’t believe she was about to give me this bracelet! I tried putting it on myself but the opening was too small and it was so thick that it wouldn’t widen. My attempt was an epic fail, it was just too painful. SO I decided that it would just be a pretty something that would sit in my jewelry stash. Well.. she then takes it from me, grabs my wrist, rares back AND FORCES IT ON PASSING OVER MY BONE AND EVERY SINGLE NERVE ON MY WRIST. Um.. yea. That didn’t hurt at all. 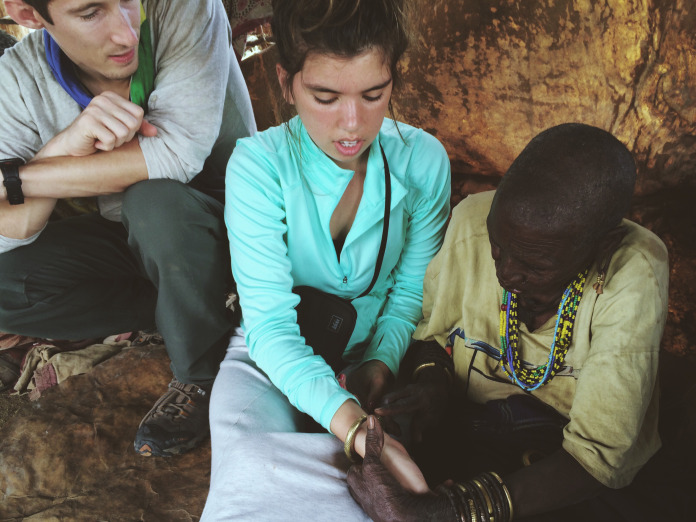 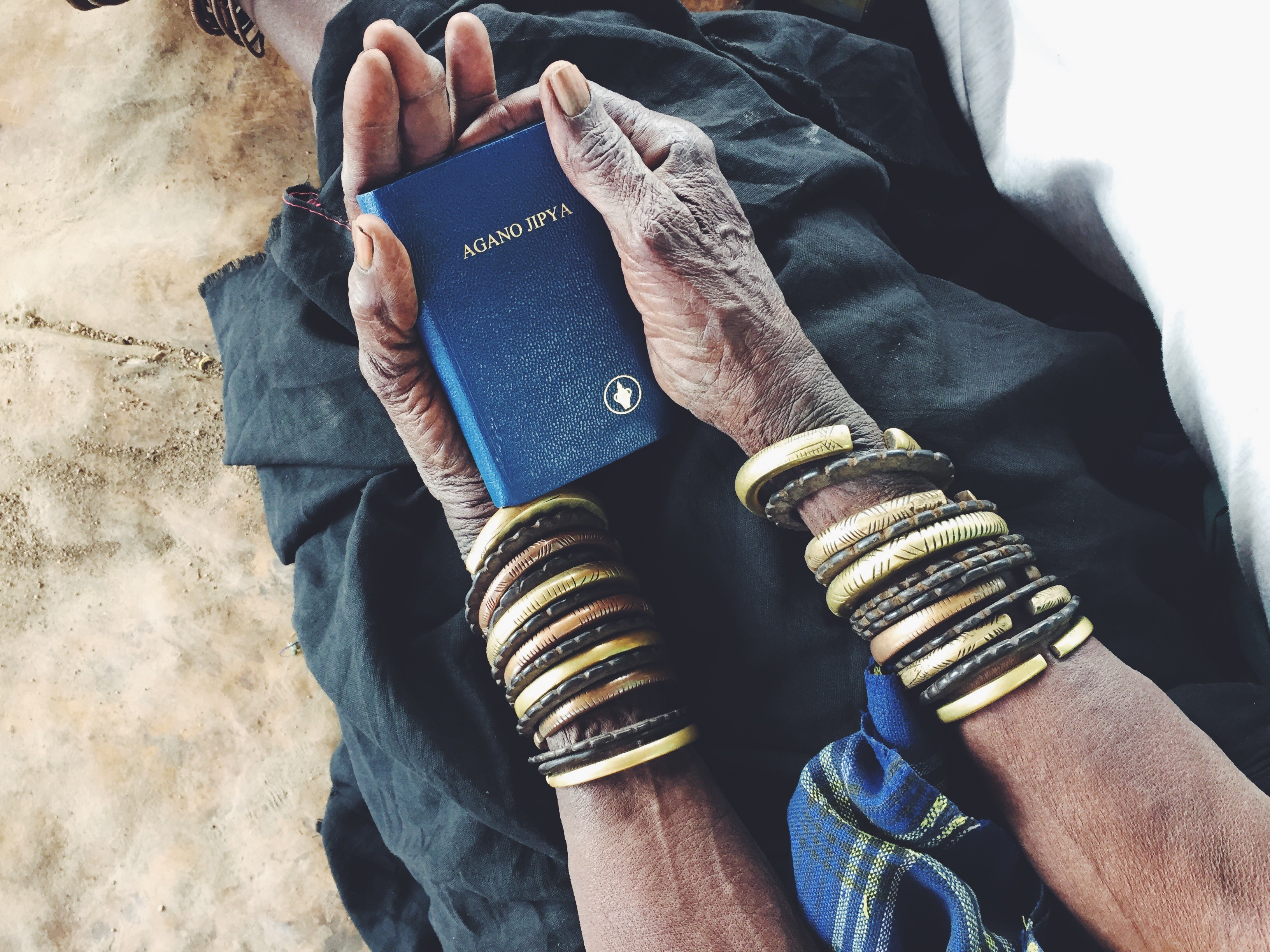 I had to convince myself that crying was for babies, and I’m not a baby. At least not in Africa. I won’t cry. Not today.

She then turns to the translator and says something in Swahili, and what he said to me is what will turn this story upside down. I know this has been long, but stay with me.

“She says that because she gave something to you, she would like a trade.” This means I’m supposed to give her something in return. Oh uh.. well let me just fumble around for ABSOLUTELY NOTHING COOL. I handed her the I AM SECOND bracelet I had on and well.. that didn’t make the cut. I had no money and no idea what I was going to give her that would be a fair trade.

And then.. LIGHTBULB. I instantly run to my backpack, and as I’m digging to find the nail polish, all I hear is Hollands voice in my head saying, “That might not be a good idea..” because the day I told him about my plan, that was his response. Obviously, because I’m stubborn and what not, I chose to ignore the possible chance of it backfiring and just went for it. Are you following me, here?

It was a tough choice between mint green and hot pink, but after the 37.4 seconds of intense debating in my head, I went with the hot pink. I ran over, sat down next to her, show her the polish, point to my nails, and grab her hand. That was a good enough presentation, right? After removing the lid and starting to paint her nails, the toxins filled the air. This is the part I wasn’t thinking of. It was terrible. I mean, let’s just pollute this fresh African air with 1st world toxins. Awesome job Catie. Awesome job. And then it didn’t help to look back at James and Holland with the most skeptic looks on their faces.

“Catie.. I told you this was a bit risky..” Holland murmured, and then James is just over there laughing. 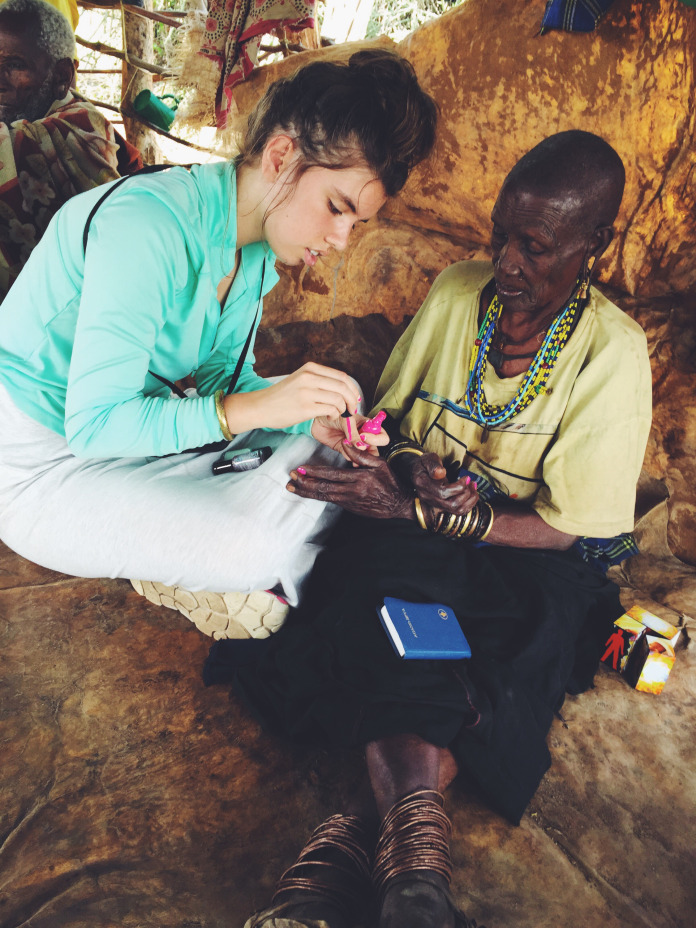 In my head, it just seemed super sweet, and so again, I ignored them. I just kept painting and she seemed so peaceful. “This is going to be such an endearing story to tell everyone back home” I thought. “People are going to be so moved by this” I thought. My super enthusiastic self wanted to know if she liked her nails once I’d finished one entire hand.. so I ask the translator to ask if she likes her nails.. which I should’ve just punch that little burst of curiosity in the face then and there but.. whatever.

Just like that.. the moment was ruined.. And so I’m just sitting there awkwardly trying to figure out how to move my lips to form actual words. At this point, Holland and James are almost on the ground they’re laughing so hard. They’re obviously holier than me and never do dumb things. You know those moments of just complete humiliation where you suddenly forget how to function? My insides were mush. I had such high hopes, y’all. HIGH OF HIGH OF HIGH HOPES for this freaking nail polish. And this moment that I’d rehearsed in my mind over and over again just took a twist that not even J.K. Rowling could have written. I mean, I’m telling you about the purest level of embarrassment.

You know, there’s the cute and sweet kind of “oops!” where everyone awe’s and chuckles and no one really cares, then there’s the “I just painted a 105 year old African woman’s nails and she hated it” kind of thing. That really scars a person.

But then.. it get’s worse. I know, HOW COULD THIS GET WORSE? Stay with me.

She says that she doesn’t like it, but then asks if it comes off. So obviously, everyone knows it comes off. That’s not a big deal. But because I’m dumb, I tried wiping wet polish off of her fingers and it just..

It’s literally getting everywhere. I’m not too sure why God was throwing invisible bricks at my face, but I was a bit confused as to why this freaking nail polish just wouldn’t come off. Her fingers were completely covered and sticky with this hot pink polish, and then one of the translators comes over to try and wipe it off with his sweater, and his sweater is getting stuck to her nails! I couldn’t breathe at this point. I was so mortified. Oh and Y’all, this was becoming a family affair. Everyone is coming over to watch the show and all I could do was sit there and cry on the inside. I wanted to shrivel up and just hide in a hole. Not. Even. Kidding.

James then wanted to share his encouraging words that are always super insightful and uplifting as we left her home and were on our way back to camp.

“That went down hill pretty quickly there, Catie.”

Thanks, bro. I didn’t notice.

Lesson Learned: Never think the gospel could use additional help. It is sufficient on it’s own without hot pink nail polish. 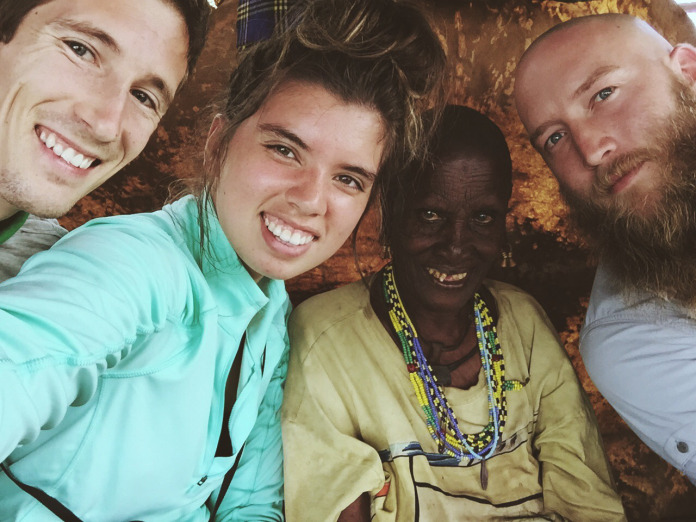