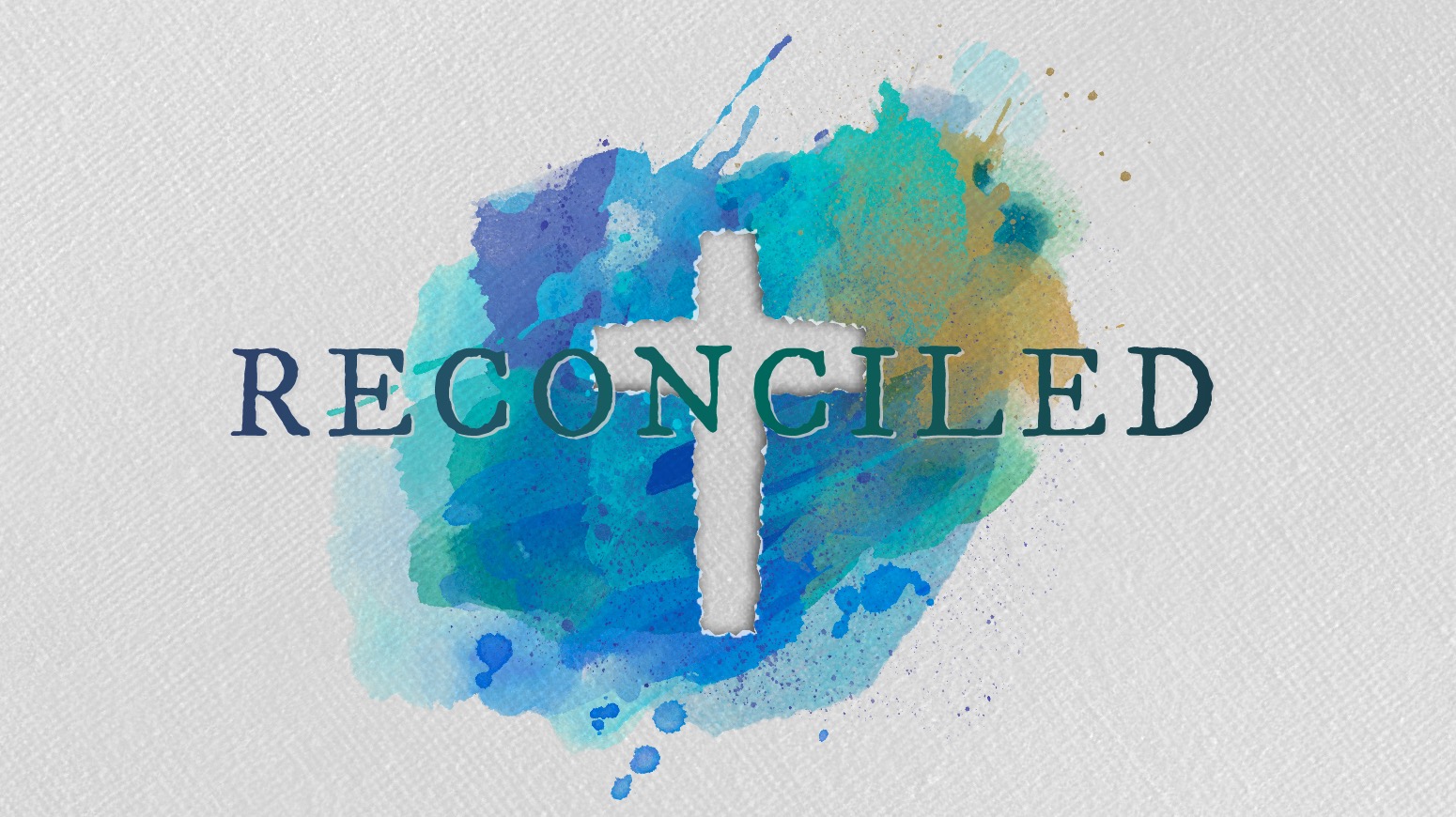 At WBCC we are a family of believers committed to reaching people with the life-changing reality of Jesus Christ. We live that out by loving God, loving people, and making disciples. Our primary focus as the church should always be reconciling hearts to God, which must ultimately lead also to reconciling with one another. As representatives of Christ, when we are faced with the consequences of sin in ourselves and in the world at large, we must first turn to what we know as Truth in God’s Word.

A Picture of Heaven in Eternity

How should Christians engage on important matters like racial reconciliation, both in mind and in deed?  We need to start with the end in mind. One day God will bring all people together to worship in heaven.

“After this I looked, and behold, a great multitude that no one could number, from every nation, from all tribes and peoples and languages, standing before the throne and before the Lamb, clothed in white robes, with palm branches in their hands, and crying out with a loud voice, “Salvation belongs to our God who sits on the throne, and to the Lamb!” - Revelation 7:9-10

Revelation paints a beautiful picture of every tribe, people, nation, and language joined together in the end, worshiping God. John Piper stated, “Missions exist, because worship doesn’t.” God has a mission: To fill heaven with people from every nation, tribe, people group, and language. To fulfill this mission, God has a church. It isn’t the other way around. God doesn’t have a church and therefore they needed something to do. The church formed around the mission to make disciples of all nations. When we pray, as Jesus taught us to pray, “Your kingdom come, your will be done, on earth as it is in heaven,” that means we should be living and pursuing a reflection of heaven now—a reflection of Revelation 7.

A Picture of Heaven in the Beginning

If that is how it ends, how did it start?

“Then God said, “Let us make man in our image, after our likeness. And let them have dominion over the fish of the sea and over the birds of the heavens and over the livestock and over all the earth and over every creeping thing that creeps on the earth.” So God created man in his own image, in the image of God he created him; male and female he created them.” - Genesis 1:26-27

Imago dei is the theological term, applied uniquely to humans, which denotes the  relationship between God and humanity. What are the connotations of the understanding that God made us in His image—His likeness?  Does that mean that God had feet or a body with a skin color? Or does it refer to the ability to reason, the ability to be vulnerable, the ability to love and enjoy fellowship? I think that the latter is more likely, primarily because God doesn’t mention race specifically until much later. He mentions things like clans, families, languages, peoples, but he doesn’t mention race until the prophet Jeremiah (650-570BCE). In Jeremiah 13:23, God asked the people of Israel a rhetorical question comparing the immutability of God’s decisions, “Can an Ethiopian change his skin?”

That statement gives us a biblical lens to engage in cultural conversations today. God specifically designed the Ethiopian to have dark skin. His outward appearance was by design. Recall that God doesn’t seek to make everyone look alike in heaven in Revelation 7. Therefore this acknowledgment of God’s design is fitting in Jeremiah 13:23. God made an immutable decision to make the aforementioned Ethiopian with that skin color. Just like the complexity and intricacy in God’s design behind our internal physical bodies, such as the human brain and nervous system, God’s design for our external physical bodies is intricate, complex, beautiful, and intentional. The variation in pigmentation and melanin in the skin of different people allows a diversity to their appearance that has pleased God for millenia, pleases God today, and will please God in the future.

While we live in a heterogeneous society with different people from different backgrounds, our society is filled with dark-hearted sinners who, throughout all of history, have subjected other people under them to further their own cause. The African slave trade that degraded, murdered, and enslaved a race of people caused great pain and suffering. It was a purely evil institution in every sense of the word. Genesis 1:26 spoke of humanity subduing everything on earth—except another part of humanity. Humanity was not to divide itself into classes of people. The Jim Crow laws that followed the abolition of slavery furthered the racial divide underneath the guise of separate but equal. Oddly, Christians who knew the Bible from Genesis to Revelation, had the Holy Spirit, and were saved by the blood of Jesus were deceived to believe that earth should not reflect heaven. The African slave trade, followed by institutionalized racism, contributed to the tension we feel today, despite laws in place to make earth look more like heaven.

The lies of the enemy that infected Adam and Eve in the garden also infected Cain and Abel. God spoke to Cain in the quietness of his heart, “Sin is crouching at the door. Its desire is contrary to you, but you must rule over it.” Genesis 4:7.  Cain did not resist sin and instead murdered Abel, his own brother. In the same way, sin corrupts humanity at large and we extort and abuse one another to meet our own perceived needs.That is sin. Sin affects us to the core and makes us rotten. It makes our deep, God-given desire for a harmonious society impossible. What our hearts are truly longing for is heaven. Since societies first began to form, people created systems of justice and instituted laws designed to restrain evil, yet because of sin, these systems are abused. People try to construct societies on the promise of equality, and yet one group inevitably becomes first among ‘equals’ and ends up subjugating the ‘equals’. That’s why the hatred that humanity has in its heart for one another will never be solved by politics alone. God’s common grace can give us great institutions. We should be involved in these institutions as God leads us. But our hope can never be in them or through them. Great institutions run by darkened hearts make the entire institution subject to failure. The imago dei has been marred by sin, making us incapable of true justice apart from God’s intervention.

Ephesians 2:1-3 puts our situation like this, “And you were dead in the trespasses and sins in which you once walked, following the course of this world, following the prince of the power of the air, the spirit that is now at work in the sons of disobedience—among whom we all once lived in the passions of our flesh, carrying out the desires of the body and the mind, and were by nature children of wrath, like the rest of mankind.”

We were dead; the imago dei ruined by the corruption of sin. However, God had a plan.

“But God, being rich in mercy, because of the great love with which he loved us, 5 even when we were dead in our trespasses, made us alive together with Christ—by grace you have been saved— 6 and raised us up with him and seated us with him in the heavenly places in Christ Jesus, 7 so that in the coming ages he might show the immeasurable riches of his grace in kindness toward us in Christ Jesus.” - Ephesians 2:4-7

God did something we could never do. He made us alive, restoring the imago dei, and that restoration will lead to restoring the relationship between races. Ephesians 2:14-16 makes this clear, “For [Jesus] himself is our peace, who has made us both one and has broken down in his flesh the dividing wall of hostility by abolishing the law of commandments expressed in ordinances, that he might create in himself one new man in place of the two, so making peace, and might reconcile us both to God in one body through the cross, thereby killing the hostility.”

The races we see reconciled in the New Testament are Jews and Gentiles. Jews viewed themselves in a nationalistic way of being the chosen people. A chosen race...which they were. Peter wrote in his first epistle, “But you are a chosen race, a royal priesthood, a holy nation, a people for his own possession, that you may proclaim the excellencies of him who called you out of darkness into his marvelous light.”

God chose the Jewish people to be His. Through Jesus, He killed the hostility between the Jews and any other race, and then He invited the nations into a heterogeneous heaven. This is why at Wells Branch Community Church we are passionate about reconciling people to God and thus reconciling racial tension. We want to reflect heaven in order that we might reach people with the life-changing reality of Jesus Christ.

If we have reconciled hearts toward God, then what does reconciling in deed with others look like for WBCC? Ultimately we’re going to keep doing what we’re doing. Loving God. Loving people. Discipling the church. Sharing the Gospel.

Wells Branch has been engaging in gospel-centered racial reconciliation and making strides to have our church reflect our community throughout the last decade and we will continue. We have a racially diverse staff, not to be culturally relevant, but because we are moved based on deep theological conviction of what Jesus is doing in our church and the Church at large since Pentecost.

When a grave injustice to a certain part of our community has been committed, as the church we are called to acknowledge the wrong, lament, and pray to God for healing. As a church we held a 24 hour prayer vigil praying for racial reconciliation and we encourage our church to continue in prayer for God to reveal a Christ culture from the separate cultures of America. We will continue to hold additional Safe Place to Talk Race forums where members of our church from across the racial and socio-economic divide can come together, understand past pain, consider the perspectives of others, and pave a way forward together.

We will also be beginning a sermon series, Reconciled, where we will explore how God has reconciled us to himself and how He enables us to be reconciled one to another, even after egregious sin and darkness. The reality is that we won’t always be able to address racial tensions accurately. It’s inevitable that some of us will offend, and whether unintentionally through ignorance, or out of the darkness of the heart, these mistakes will still wound. However, in the same way that God’s kindness brought us to repentance, it is our kindness to one another that will do the same. Join us as we move forward into the mosaic God created for us to be.

Grace and Peace to you all,
Pastor Chris
chris@wellsbranchchurch.com