My Week as a Single Parent 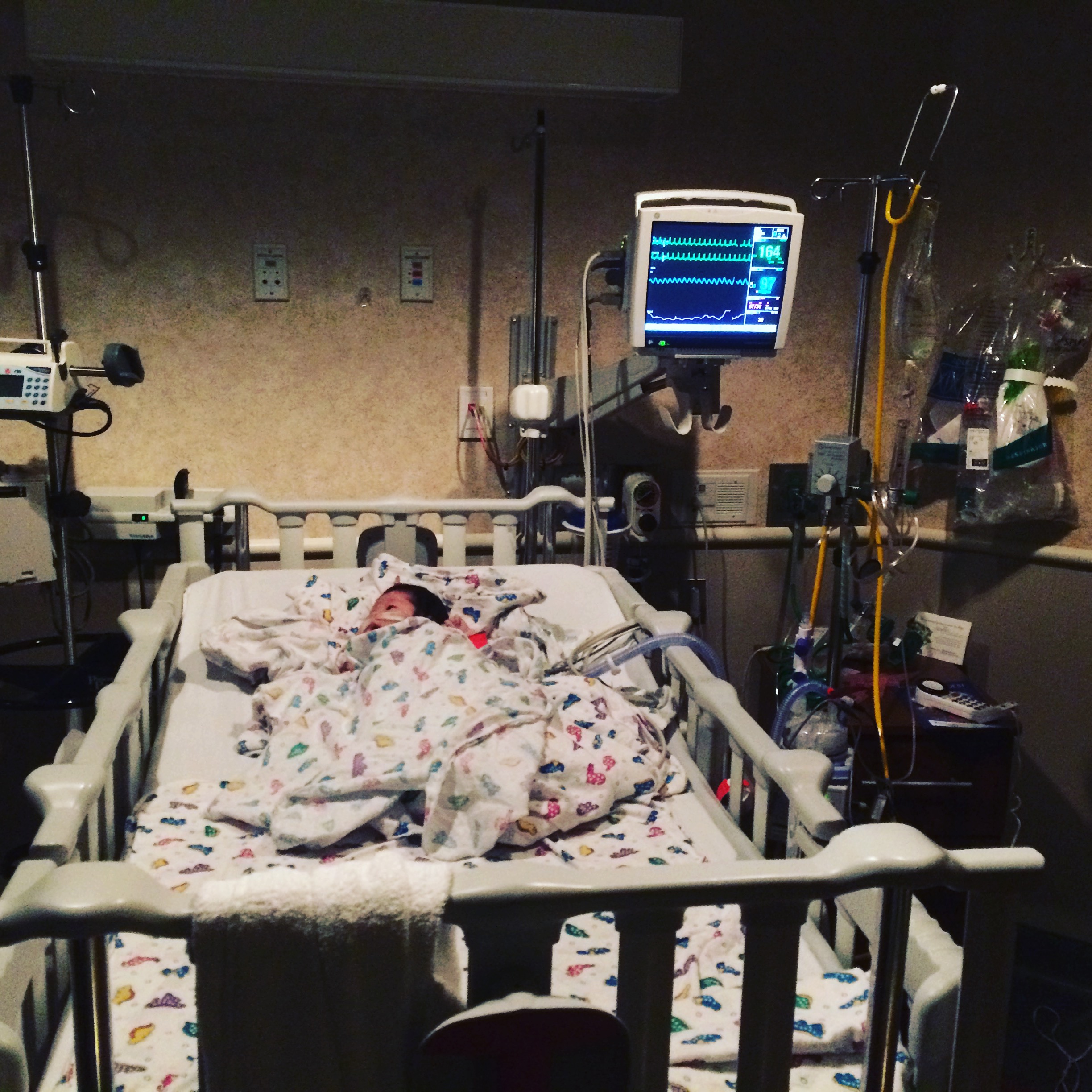 I’ve known many single parents in my life; this was the first time I really felt like I caught a glimpse of the struggles they go through.  This past Sunday, my two-week old daughter Joanna (JoJo from here on out) was admitted into the hospital with RSV, a respiratory infection that in infants like JoJo can actually be pretty dangerous.  The inflammation to the respiratory system can cause pneumonia and respiratory failure.  Our older two girls caught it essentially the day JoJo was born and the first two weeks of her life was a mad attempt at quarantining our family from each other.  Despite all our efforts, I guess it was almost inevitable that our newborn would catch it.  The night she started showing symptoms (coughing and wheezing mostly), Brandee woke me up at three in the morning asking if I thought we needed to take her to the hospital.  I told her to try and sleep an hour or two and check on her again.  I woke up an hour later to find Brandee hovering over our baby, obviously wracked with anxiety… “Hey, just take her in,” I said.  “There’s no point in stressing out, we might as well play it safe.”

That was five days ago.

There’s definitely a big story here about watching your helpless newborn baby strapped to monitors, being fed oxygen through tubes.  It’s pretty heart-wrenching as you can imagine.  I’ll wait until we get out of the hospital to tell that story.  This story is actually about my experience this past week with my two other daughters.  Since JoJo is so young, Brandee has basically lived 24-7 in a hospital room, which meant that for the past five days, I’ve been functionally operating as a single dad.

Now let me be clear: I’m not a single dad.  Nor do I pretend like I really know what it’s like to be a single dad.  And five days isn’t the same as the daily reality single parents live through.  But, the last five days have given me a little insight into what it might be like, and man… I’ve learned a lot.

Being a single parent…It’s tough.

Sammy and Avvy are great kids.  Brandee and I laugh whenever people marvel at the idea of us having three girls.  I don’t know, I guess they envision the idea of having three moody teenager girls and they feel sorry for us.  Personally, I love it.  And generally speaking, they listen to what we tell them and they don’t break or kill things.   Still, with JoJo and Brandee trapped in the hospital, trying to keep the girls healthy and happy while juggling all the responsibilities of home (dishes, man… they pile up quick) and, oh yeah, still working full time, makes for a really tough schedule.  I guess I could just park my girls in front of a tv, but I promise you, NO parent actually wants to do that.

I didn’t really think about the enormous responsibility two people were designed to share in parenting until all that responsibility landed on just one person: me.

What’s been even more eye opening is the difficulty of having JoJo reevaluated day by day.  Trust me, we didn’t expect to be in the hospital this long; if we did, we probably would have asked Brandee’s parents come into town to help.  Instead we’ve just “had to make it work,” day by day. Oh man, I’ve heard so many single parents say that… now I think I have a taste of what that means.

One of the toughest things about this week has been keeping up with work.  I can’t imagine how difficult it is to try and feel like you’re doing your very best for your employer or your company when you know that you’re the only one responsible for your kids at home, taking sick days whenever you child is sick just so you can stay home to take care of him, or realizing you can’t take better paying positions because they demand more time away from home.

(And by the way, this is in no way to discount the huge amount of support and care we’ve gotten from our friends here in Austin… but it actually emphasizes this point all the more because…” 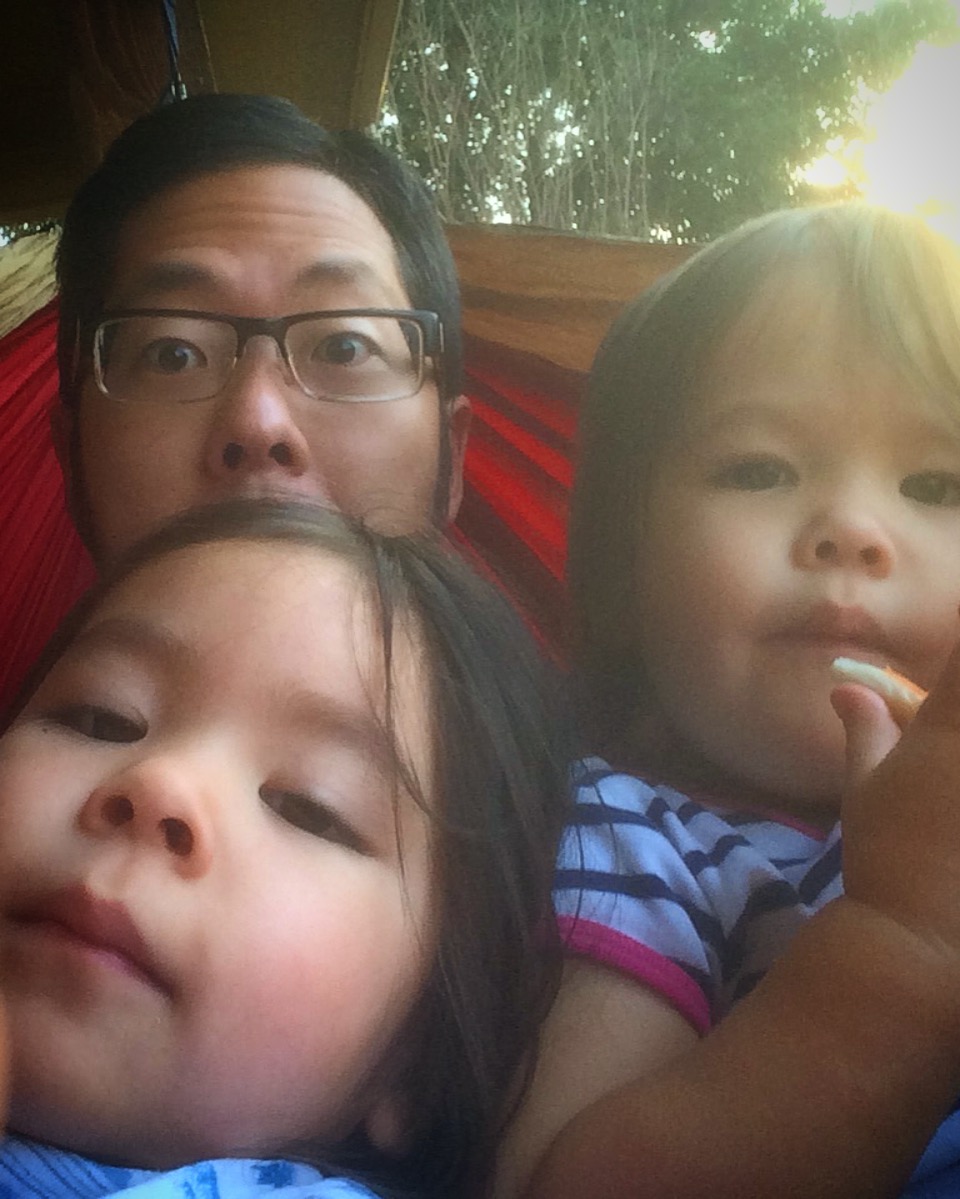 … flying solo can feel terribly lonely.  Back when Brandee and I were first married, we’d often both come home from work and walk over the grocery store down the street.  We’d slowly amble through the aisles holding hands talking about… nothing in particular.  Being on my own, I’ve discovered just how lonely it can get when you just can’t make purely relational moments like that work.

On Tuesday, some friends of ours invited me and the girls over for dinner.  They have three kids about Sammy’s and Avvy’s ages, and I was very happy to let them play with their friends.  While I was there, and especially when it was time to pack up and go home (bedtime… man, it’s so real), I started to understand that single parents just don’t get to have grown-up time very often.  Brandee and I will often switch off to let the other person have some time out of the house.  I understand now why as a single parent things like dating or general socializing can feel like almost impossible.

Once the girls go to bed, it’s been reheat pizza from the fridge and try and catch up on work every night.  It’s been a struggle not to just medicate with Parks and Rec all night.

By the way, it’s not just single parents I realize.  Every night, Brandee and I have been on Facetime for a few minutes to check in with each other.  Unfortunately the hospital internet isn’t the best so we can’t stay on too long.  It made me think about some friends I have who are military spouses, trying to keep their families together while their husband or wife is overseas on active duty.  My week, I imagine, is nowhere near the emotional, physical, and mental strain those military moms and dads go through.  Seriously, I’m tearing up now thinking about what life would be like if Brandee couldn’t come home for a year.

So what does this mean?

I’ve been really challenged this week to wrestle with the heart God has for vulnerable people.  Last week, I wrote about refugees as the modern day “sojourners” of Deuteronomy 10.  This week, I think about how many single moms and dads, how many military wives and husbands, are living lives as functional widows and widowers.

For the Lord your God is God of gods and Lord of lords, the great, mighty, and awesome God who is unbiased and takes no bribe, who justly treats the orphan and widow, and who loves resident foreigners, giving them food and clothing. (Deut. 10:17-18 NET)

The LORD protects those residing outside their native land; he lifts up the fatherless and the widow, but he opposes the wicked. (Psalm 146:9 NET)

Pure and undefiled religion before God the Father is this: to care for orphans and widows in their misfortune and to keep oneself unstained by the world. (James 1:27 NET)

Or just the heart of Christ speaking about those in need:

For I was hungry and you gave me food, I was thirsty and you gave me something to drink, I was a stranger and you invited me in, I was naked and you gave me clothing, I was sick and you took care of me, I was in prison and you visited me.’ Then the righteous will answer him, ‘Lord, when did we see you hungry and feed you, or thirsty and give you something to drink? When did we see you a stranger and invite you in, or naked and clothe you? When did we see you sick or in prison and visit you?’ And the king will answer them, ‘I tell you the truth, just as you did it for one of the least of these brothers or sisters of mine, you did it for me.’ (Matt. 25:35-40 NET)

It’s so clear that God loves single parents and military families.  What can we do to align ourselves with that love?  Prayer.  Encouragement.  Groceries.  Babysitting.  Invitations to dinner.  I got all of that (and so many offers beyond what I could accept) this week.  I got to walk in the (sorta) shoes of a single parent this week, and I long for all our single parents and military families to feel that kind of overwhelming support from their church family.

Sound off in the comments: what are ways we can reflect God’s love and care for single parents and military families in our church?

UPDATE 2/9/2017 5:30PM – Joanna’s been off the oxygen treatment for about four hours now; she’s breathing on her own!  The doctors want to hold her for at least 12 hours for observation before discharging us, which means, Lord willing, we’ll be all home tomorrow morning!  Also, I feel like I have to say this: I’ve loved my time with girls!  It’s been a special week where I’ve gotten to fall in love with Sammy and Avvy in a really unique way.

To all my single mom, single dad, military parent friends: I’m in awe of the dedication you guys have to your children, and I believe the intense love and devotion you have for them is grace and provision from the Lord.  It’s really something special.
I’m of course so so eager to have my wife and baby home.  But this has been such a good, humbling time for me.