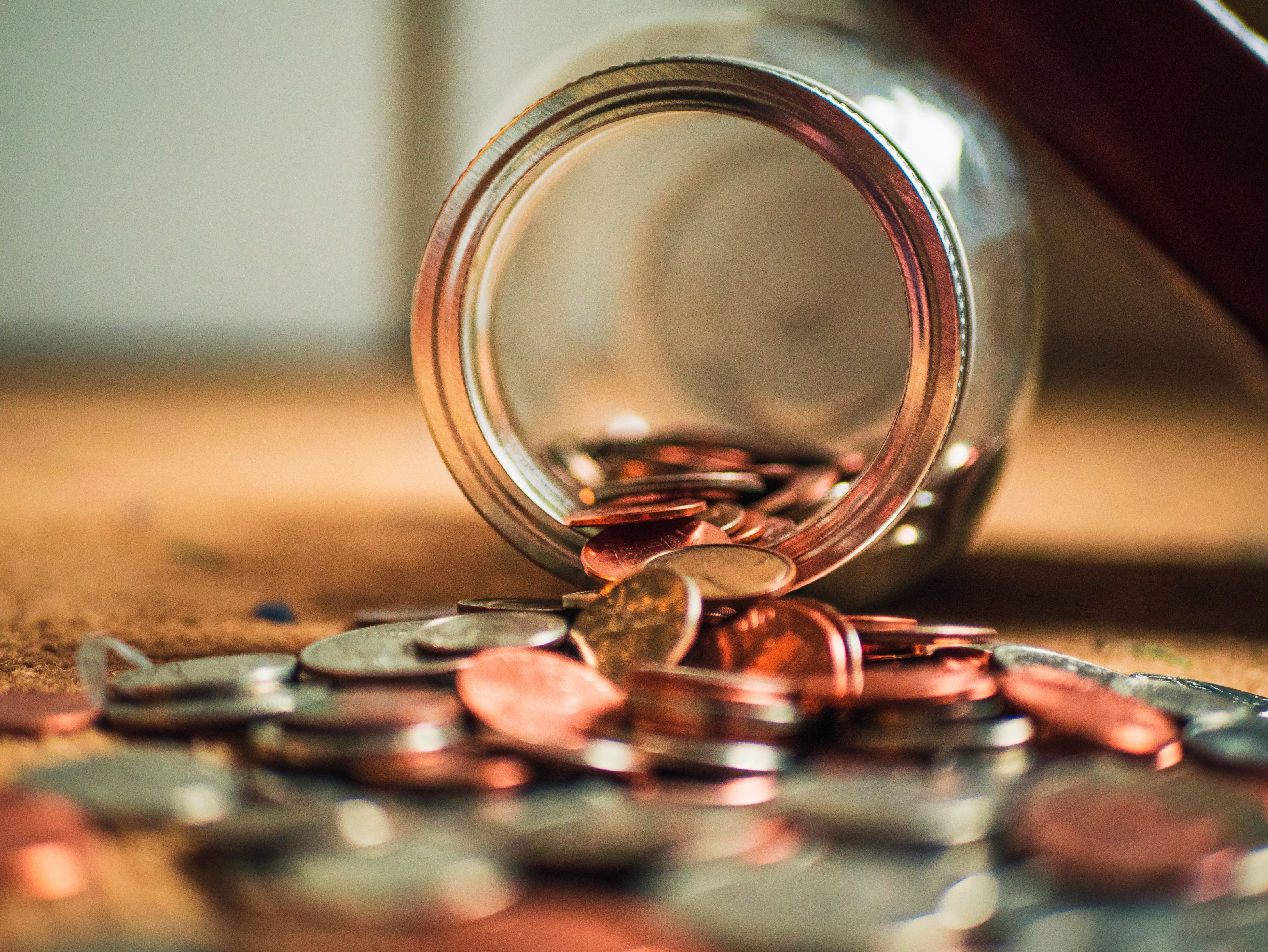 I once had a neighbor who scoffed at the idea of Christianity, especially the evangelical kind. She came over with her kids to carve pumpkins one October before I was to preach the next morning on giving and I told her I was a little nervous about it, because people get defensive when preachers talk about giving. But then she said, “Do you believe in God?”

“Do they believe in God?”

“As far as I can tell,” I said wondering where this was going.

“Well then just tell them to give. Why would you not just give to what you believe in.”

I remember just nodding and asking her to come to church with me to tell them. And we all would say it’s more complicated than I believe in God, so I give Him my money. I think we, as Christians, all are in this place of being sensitive to money.

I think it is because we all feel we have earned the money we have. We didn’t waste money. We saved money. We didn’t get the latest in tech, We didn’t eat out every time we could have, we didn’t buy NFL Sunday Ticket even though for a moment $50 a month didn’t seem like too much. We didn’t do a lot of things that we wanted to do, because we think of ourselves as good with money.

Second, we don’t want to run out of money. We have children and we want to provide them with all the things we had or perhaps didn’t have as a kid. We want them in sports programs, we want them to have advantages at school, we want to prepare financially for them to go to college and not to be drowning in debt.

We also have a tendency to not think about our investment in heaven. And why would we? We don’t have a portfolio that we can watch grow. We don’t get a deposit receipt for the times we have been generous. We have no idea what we can buy with our heavenly resources.

A Note to Rich People

When Paul wrote to his pastor protege Timothy about talking to rich people. To be fair, if you are reading this, you are probably saying, “Well he’s not talking to me. I’m not rich.”

Well that is tough...what is rich? It can be seen as having a great deal of wealth or assets. To which the question becomes what is a great deal? If you are in Tanzania, having your own car and not having to ride public transportation makes you rich. The reality is that if you are reading this blog you are probably in the top half of the world in terms of wealth. It just doesn’t feel that way, because we can’t see enough poor people to feel better about ourselves.

But even if you are not rich, you want to be. You don’t want to be the bad rich, where you are greedy, a scrooge, and in general an arrogant person no one wants to be around. So let’s see how we can learn to be the good kind of rich.

Paul wrote, “As for the rich in this present age, charge them not to be haughty, nor to set their hopes on the uncertainty of riches, but on God, who richly provides us with everything to enjoy. 18 They are to do good, to be rich in good works, to be generous and ready to share, 19 thus storing up treasure for themselves as a good foundation for the future, so that they may take hold of that which is truly life.”

What do we do with rich people?

On the first read, one might take offense that Paul is telling Timothy to charge the rich people. This isn’t a bill, but rather to command the rich people to do something. As independent Americans anyone telling me to do anything with my money would be offensive. Unless, that person was representing the one who actually owned all my money. Here is what I mean by that. You probably heard somewhere that God owns the cattle on a thousand hills, but have no idea where that is in the Bible. Psalm 50 is where that is and he doesn’t own just the cattle, in verse 12 God gives us his perspective on the planet. “If I were hungry, I would not tell you, for the world and its fullness are mine.”

God owns it all.

So God makes a claim on everything. That means no matter how hard I have worked, he owns it. I guess that makes sense. He did give me the brain and the brawn to accomplish all that I have done. So what exactly is God charging me to do with what is his?

Be rich in good works.

Interestingly, Paul doesn’t ask Timothy to ask the rich people to take a vow of poverty. He asked them to not be like the world in their vanity by placing their trust in the wealth and being miserly to protect it. He tells them to do good things. And so far no one has an issue. It’s when we are asked to be generous and ready to share that our nerves start to get on edge. But I think what we have to remember is that if God owns everything that makes us simply stewards of His wealth.

Part of stewarding His wealth well is that we need to be generous with His money. We pay ourselves fairly. But we also make sure that the priority of the wealth with which we have been entrusted advances the agenda of the owner.

To be generous with the owner’s wealth, we can’t be upside down on things that don’t advance the kingdom. This is where as a pastor, people kindly and not so kindly ask me to butt-out. They don’t want me to look at what they are spending their money on. They don’t want me asking questions like, “How does this advance the owner’s agenda?” Apparently, that’s none of my business. I can ask questions about porn addictions, anger directed at children or a spouse, but to ask a question if money is being spent wisely seems to be out of bounds. But this is where Paul is telling Timothy to charge the rich people to manage their wealth well. According to Pew Research, 80% of Americans are in debt.  It is difficult to obey the command of being generous when most of us have debt to pay off.

Now on the flipside what about giving back to God. David when he donated several billion dollars to the Temple Capital Campaign said this, “But who am I, and what is my people, that we should be able thus to offer willingly? For all things come from you, and of your own have we given you.”

Give me the bottom line: How much do you want?

This might be what you have been waiting for. How much am I to give? Is it 10%? I heard somewhere that was just an Old Testament thing. This is a great question and it really gets us to a place of understanding what people gave in the Old Testament and what Jesus asked people to give in the new. Malachi 3:10 told Israelites to bring the whole tithe to the storehouse that God would have food in his house. And right there is where people usually go, see that is what we should give. That is what God commanded us to do. Well, sort of. The ESV translated it as ‘whole tithe’. As if the people back then were not bringing in 10%, but rather were at 9.5% or perhaps lower. I don’t think that is what that is referring to. The KJV translates whole as “all.” In other words, bring all the tithes. Or all the 10%s. That would be confusing unless you understood the way that Israelites were to give.

In the OT, there was a first fruits offering that was the best and the first of the crop. It was literally the first apple or orange that was picked from each tree. The first strawberry picked from each strawberry plant. It was also the first male goat as well as a sheaf of grain. All in all, the gift could range from $200 to $400 depending on how large the property was and how many trees or plants the owner had. But if you think about one apple from an apple tree. That isn’t that much. But it was the point that the Israelites always were to remember from where their blessing came.

Now to the tithes. There was the Levitical Tithe. 10% of one's income to support the Levites who did not have an inheritance, but were to trust the Lord’s provision. The second tithe was for national festivals (Passover, Feast of Booths, Feast of Weeks). The third tithe was for the poor, the traveler, and the Levites again. This tithe was only required once every three years.

So right off the bat, we have at least 23.3+% given off the top to government, clergy, and the poor.

The next thing to think about is how the Old Testament put emphasis on being wise with money. Saving money now so that in times or plenty or in want, they were prepared. Finally there was a command to not harvest right up to the edge of your land so that you could provide for the poor in the community and the traveler.

So when someone says we need to tithe like they did in the Old Testament, they need to specify what they need? The problem is that it doesn’t compute the same way. The tithe was more of a mandatory tax. It was also a theocracy where church and state were one. Now you may say that means that we pay the taxes to the state and pay 10% to the church as it has to pay the salaries of our modern day Levites. But then who pays for the buildings, the maintenance, the paper, the websites, the instruments, and everything else that goes into running a church?

So although a firm number of 10% is convenient, it may not be the best way to measure what we should give. This is where I firmly believe that we need to ask God what we should give. And we have been teaching at our church to pick a percent and ask God each year if that should change.

Starting at 10% and asking God if you can do that is a great place to start. It might be more than 10%, or it could be less. Remember this isn’t some legal requirement to earn your salvation, but rather a place to stretch your faith. Remember the back half of Malachi 3:10. After talking about bringing the whole tithe to the store house, God challenges the people. “Test me in this, says the Lord of Hosts, and see if I will not open the windows of heaven for you and pour down for you a blessing until there is no more need.”

Again the ESV doesn’t really do this verse justice. The phrase “no more need” is translated from the Hebrew words