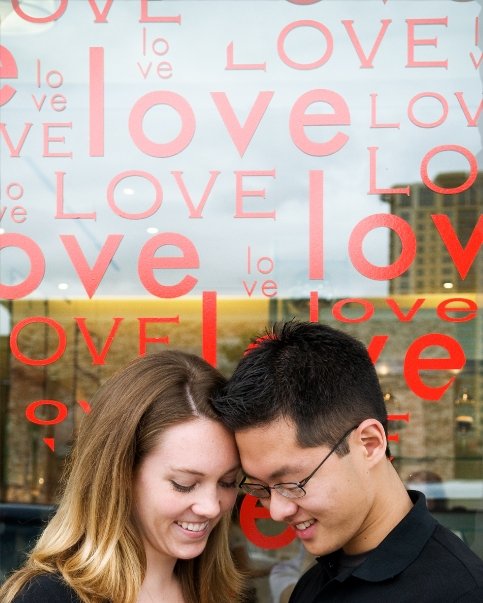 It’s amazing how much romance dominates our collective psyches: from holidays to movies, music, clothing… just about everything, every aspect of our culture obsesses about the idea that people fall in love and live happily ever after.  It’s powerful, potent stuff, and it’s hard not to let your heart get swept up in it.

I remember it wasn’t even the second week of sixth grade before everyone at my school was talking about who they were going to the dance with.  Wait.  Didn’t we all think girls were gross like three months ago?  Did I miss some girls-are-now-acceptable orientation over the summer?  Well I can tell you that all through middle school and high school I struggled MIGHTILY with knowing where lines were when it came to relationships with the opposite sex.  And before you start letting your imagination fill in the blanks, I’m can tell you that it was never really anything physical; I only dated one other girl before I met my wife and the most we ever did was hold hands.  Super grateful for that.  But if I’m honest, by the time I finally settled into a stable place during college, there was so, so much wreckage in my heart over emotional and spiritual lines we crossed.

The damage an unhealthy relationship can do to a young person’s heart and emotions is unbelievably dangerous, and can take a lifetime to heal.
The girl I dated in my younger years was and continued to be a wonderful person, who loved the Lord, challenged me to grow in my faith, a woman of great character and compassion for people.  But we both made mistakes in our youth, and my inability to trust God and guard my heart (and hers) left some deep wounds.  We’ve had to take time to apologize to each other, forgive each other, repent, and learn from those mistakes.

Okay fast forward to junior year of college and after two years singleness, enjoying the freedom of being focused on pursuing the Lord, caring for people around me, and growing with a great community, the Lord finally moved me to start dating my best friend.  Very sweet, I know.  But what was really interesting was a conversation I had with a friend’s grandfather the week or so before I asked Brandee on our first date.  Granddaddy Nauck had adopted all of us as his grandkids during our years at A&M and would sometimes visit us on campus and go with us to play basketball at the Rec Center.  On this particular visit, I confided in him that I was going to ask Brandee to start dating.  It really did feel like I was talking to her grandfather.

He put the basketball down, put his hand on my shoulder and said, “Phill, you know I love you, but I’m going to be praying that God makes my Brandee a wall.  What do you have to say to that?”

“Well sir,” I replied after a long pause, “I’ll be praying that if the Lord wills, he’ll put a door in that wall for me.”

Granddaddy Nauck laughed, picked up the basketball and proceeded to take us all to school.

I didn’t know it then, but this is exactly what the Bible talks about when it comes to this idea of protecting or “guarding” our hearts.  While Brandee and I were engaged, I decided to spend a month in Song of Solomon to dive into what God had to say about romance and marriage; I couldn’t stop laughing when I read this passage in chapter 8:

We have a little sister,
and she has no breasts.
What shall we do for our sister
on the day when she is spoken for?
If she is a wall,
we will build on her a battlement of silver,
but if she is a door,
we will enclose her with boards of cedar.

If my Sister is a Wall

In this scene, a group of friends speak of their young sister asking themselves what they could do to protect her from being taken advantage of by men in the city and keep her pure for her future husband.  Just like Granddaddy Nauck’s prayer for Brandee, they decide that if their sister is a wall, that is she puts strong boundaries to keep her heart, mind, and body from being swept up into romance and emotion, they would encourage her and celebrate her resolve.

That may be one of the greatest gifts my wife gave me then when we started dating; she always kept me at a little bit of a distance to protect her heart from me.  It sounds a little contradictory; the world is constantly pushing romance as an open door for all kinds of intimacy.  Ironically, it’s that openness that cheapens intimacy; without the covenant and commitment, the guarantee of marriage, what right does someone have to take so much of your heart?  When a sister, or a brother for that matter, takes care not to give away too much physically, emotionally, mentally, or spiritually to someone pursuing them romantically, it makes what they will eventually give in marriage that much more precious and valuable.  As brothers and sisters, we need to “build (other translations say “adorn”) on [them] a battlement of silver” and encourage, celebrate and cheer for that mindset.

This doesn’t mean being rude, or cold, or prudish.  Quite the opposite, it means being honest, clear, and careful with whoever you’re pursuing.  They’re worth it.  You’re worth it.

If my Sister is a Door

Which brings us to the door.  What happens when we have a friend who’s a door?  Or maybe we ourselves are doors?  We’ve left a wake of broken relationships where all we have to show for it is pain and regret. First, remember that there is grace, healing and forgiveness in the gospel: Jesus covers our brokenness and shame by dying the death we deserve in our place, and rising from the dead he conquered our sin forever.  Accepting God’s grace is always the first step towards real healing.  Second, see what the friends say in Song of Solomon 8:9 – If she’s a door, we’ll enclose her with boards of cedar.  Those are some good friends right there.  When we find our friends, or ourselves, too open with ourselves, too eager to pour out the most intimate parts of our lives in an effort to win the affection of someone we’re attracted to, we need to take some serious steps to make sure no one can break in and steal what doesn’t rightfully belong to them. 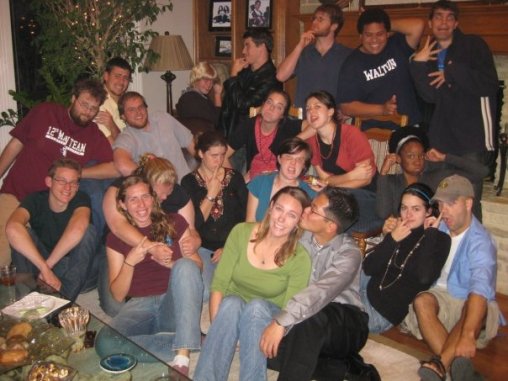 So what does this all mean?  First, my hope is that if you’re single, God’s word has spoken to you and moved you to trust him with your future.  Be a wall.  Your heart is worth protecting.  Secondly, if you’re a friend, consider these three ways you can guard your friends, be they doors or walls:

What I love most about the whole exchange is the young woman’s response, finally in verse 10.  Four simple words: I was a wall.  Boom.   My heart’s desire for my daughters, and for you as an unmarried person, is to be able to echo those words to your future husband or wife: “I was a wall.  I guarded my heart so that I could give it to you today.”  I wish I could have said I guarded my heart perfectly for Brandee.  God has healed so much of that hurt and damage over the years.  I’m grateful to say that I had many, many brothers board me up when I was being a door; encourage me when they saw me being a wall.  I saw Brandee’s sisters do the same for her.  And now, after almost eight years of marriage, we’re revelling in the joy of a relationship well guarded and well cultivated.