Good Enough: The Pope, the Boy, and the Most Important Theological Question in the Universe 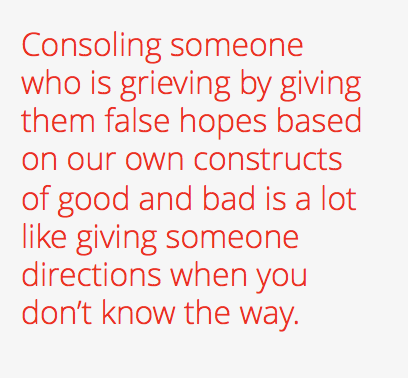 This past Sunday, our Lead Pastor shared a story about one of our elders who had a conversation on a company trip with his boss about a video of the Pope addressing a young boy’s question about his deceased father.  Not exactly work conversation (well, I guess it is for me, but not for most). Still, for our elder, it was an incredible opportunity to share with his boss what the Bible actually says about sin, grace, salvation, and hope.

Now before we jump in, full disclosure: I’m not Catholic.  I’ve never been Catholic, though I’ve been to mass before (and loved it, by the way), and I’ve had many Catholic friends, some of whom were incredible Christ followers, genuine and faithful.  There are significant and serious differences between Catholic and Protestant theologies for sure, but this video clip that’s circulating all over social media is hugely important for both Catholics and Protestants alike.  Most atheists, agnostics, or even casual nominal Christians, judge the question of how someone is saved (that is, saved from hell and made acceptable to God and is eternally accepted into life with Him) with a very broad lens.  They don’t care if you go to St. Mary’s or Wells Branch Community Church – they want to know what a Christian believes.  It leaves the member of Wells Branch Community Church in the position (an exciting one, might I add) to defend our belief in who God is and how we are made right with him.

The clip (which you can watch here: Heartsick Boy Asks Pope if Athiest Father is in Heaven… ) is pretty simple: Emanuele, a small boy, is ushered to the microphone and gets so choked up he can’t ask the question he was prepared to ask.  The Pope very graciously invites him to speak privately where you can see Emanuel break into tears. The pope whispers a few things to him, sends the boy back to his seat, then addresses the crowd.  Pope Francis explained that Emanuele’s father was an atheist and had recently died. The boy’s question was simply if his father was in heaven. This was the Pope’s response:

“That man did not have the [gift] of faith, wasn’t a believer. But he had his children baptized. He had a good heart,” Francis added.

The pope said that God decides who goes to heaven and that God has “the heart of a father.”

“Does God abandon his children when they are good?”

“No,” the children shouted back.

“There, Emanuele, that is the answer,” the pope said, “God surely was proud of your father because it is easier as a believer to baptize your children than to baptize them when you are not a believer. Surely this pleased God very much.”

On the surface, the video seems like such a sweet moment.  To console a child is always good, and as Christians, we need to strive for compassion over judgment.  After all, we are called to love and care for those who mourn. What troubled me, though, about the Pope’s answer, however compassionate and well-intentioned, was how he seemed to give the crowd permission to judge this man’s heart and how far his answer was from the truth of the Gospel. Consoling someone who is grieving by giving them false hopes based on our own constructs of good and bad is a lot like giving someone directions when you don’t know the way.  It makes everyone feel pretty good in the moment, but at the end of the day you’ve lied to someone and the lost person is left in a worse position than when he started.

The Pope’s assertion that God accepts us based on our own arbitrary definition of goodness (in this case, defined by the mass of kids and parents behind the crowd control barriers), and that God wouldn’t send anyone to hell is growing in popularity because it feels safe.  It feels inclusive and decent. But in the end, it’s just us making ourselves God and judge over humanity. It’s okay for Emanuele’s dad because he seems like a decent guy, but who knows what his motivations were?  And what about people who cheat on their taxes?  Or cut you off in traffic?  Or a serial killer?  Or Hitler?  Do you think that’s being unfair?  On the contrary; every human heart is dark, and drawing a line on what you consider “good enough” or “too evil” just means you’re putting yourself in God’s seat.

Even Stephen Colbert, who taught Catholic catechism classes, defended the fact that evil is our choice to remove ourselves from God’s love.  We send ourselves to hell, in a sense, because God has offered us a way to be saved and we say, ‘No thanks. I’d rather do it myself.”

While Catholic and Protestant theology does diverge quite significantly, both Catholics and Protestants agree that it is through faith in the finished work of Christ on the cross that justifies a person, not because of their decency apart from faith in God. (see the Joint Declaration on the Doctrine of Justification by the Lutheran World Federation and the Catholic Church and the Response of the Catholic Church to the Joint Declaration… because, yes you should read them.  And yes, ESPECIALLY if you’re Catholic).

Assuaging the immediate pain of the crowd by offering them a false hope is not courageous.  It’s not kind. I have to hope that it wasn’t intentionally misleading, but in the end, we have to respond to the thousands who see the 90 second Facebook clip and make assumptions on what it means to be saved.

Which brings us to what the right response is.  Unfortunately for so many of us, we have drawn a line between truth and love, honesty and compassion.  Sometimes we think that truth is something cold and unfeeling like the blade a knife, while love and compassion are its opposite – a warm, fluffy pillow.  God, however, never treats these things as opposites, instead of demonstrating through his Son that truth and love must go together. Jesus, remember, dealt compassionately with the woman at the well, guiding her to the truth of worship while still gently confronting her with the brokenness of her life circumstances.  The Bible constantly reminds us to love our neighbor, to serve, give, sacrifice, and deal gently with people. It even reminds fathers not to deal harshly with their children (Eph. 6:4)

This, however, is never at the expense of the truth.  Jesus doesn’t ever give up ground on the reality of sin, death, or the need for repentance and rescue.  No matter how gracious and kind a doctor is, she does her patient harm if she doesn’t confront him with the reality of his terminal illness.  Nor would she fabricate a prognosis just to make him feel better about his circumstances. Truth and compassion must go together, but we mustn’t sacrifice one for the other.

So what about Emanuele?  The reality is that God made us, and he loves us.  We are something special, the pinnacle of all creation.  Nothing in the universe was made that was made like us. Nothing else in the universe did God breathe the breath of life.  However, when confronted with the choice to trust God or pursue our own path, humanity collectively decided the latter, rejecting God and introducing death into creation.  The nature of humanity is corrupt, and even the superficially “good” things we do are tainted with selfish and self-seeking motivations.  Jeremiah the prophet wrote: The heart is deceitful above all things, and desperately sick; who can understand it? (Jer 17:9).  That rebellion only leads to death, but God made a way to be rescued from death not with a set of rules or an arbitrary standard of “goodness,” but by sending Jesus, fully God and fully man, to offer himself in perfect obedience as a substitute for our guilt.

Jesus died the death we deserved, buried our broken, sinful, wicked, corrupt nature in the grave.  Then, on the third day, he rose from the dead, and anyone who puts their trust in him will be saved. The Bible, even ones you find attending mass, will tell you that: ‘to those who received [Jesus], to those who called on his name, [God] gave the right to be called Children of God’ (John 1:12) and ‘For God so loved the world that he gave his one and only son that whoever believes in him shall not perish but have eternal life’ (John 3:16) and ‘if you confess with your mouth Jesus is Lord and believe in your heart God raised him from the dead, you will be saved’ (Rom 10:9)

Pope Francis, never did technically tell little Emanuele that his dad’s act of having his kids baptized in the Catholic church meant that he was suddenly acceptable to God.  And it is true that God is the ultimate judge (Heb 9:27, James 4:12). But God hasn’t left us desperately groping blindly for peace; he’s made it clear that Jesus is the way, the truth, and the life, and no one comes to the Father except through him (John 14:6, 1 John 2:23).  Implying that God might be cool with your dad because he seemed like a decent guy isn’t comfort, it’s a false hope at best.

This whole episode begs the question of what a Christian’s response should be.  If little Emanuele came up to YOU and asked you this question, how would you answer?  Bring down the cold sword of theological truth? Pat him on the head with the fluffy pillow of compassionate fantasy?  My hope would be neither of those but instead:

I do pray for Emanuele, that he would grow up knowing that God loves him, wants him, and that a way was made for him to have eternal life.  I pray that he wouldn’t grow up after that encounter believing that somehow he is the arbiter of what is “good enough” for God. I pray for us as a church that we would be bold and compassionate to speak the truth in great love for the lost all around us.