God used my jumbled words and brought Glory to His name

A letter Matt Anderson wrote on his recent mission trip to Tanzania. Enjoy!

“At the 3rd hut, a lady named Debora Israel accepted Christ after I fumbled through the gospel. I was amazed that God took my mumble jumble and made it sound so beautiful to her that she desired Christ..”

I wanted to take a few minutes to share with everyone some of the amazing things God
did during my trip to Tanzania. Since the day God put it on my heart to go to Tanzania to
now, God has brought down walls and done some incredible things that I wouldn’t feel
right just keeping to myself.
To make the trip possible I had a mountain to climb given that I signed up at the last
minute to go on the trip. Some people thought I was crazy signing up 1 month before we
were supposed to leave. And yes, I am! God put it on my heart to go to Tanzania on the
night of November 25th. I signed up the next day, Wednesday, and at that point I had
less than 48 hours to raise $2000 for the plane ticket. Quite a task, but I was never
worried about it. Actually, I was kind of excited to see God at work in such a crazy way.
By the end of the day Friday, I had the money needed. I received an email the following
Monday night stating that instead of having until Dec. 25th to raise the other $1850, I
now had until Friday, Dec. 5th. My thoughts? If God provided $2000 in less than 2 days,
what is $1850 in 4?! As the week went on the money came in steadily, including
donations from me selling deer meat that one of my contractors gave me. Literally, he
gave me almost a whole deer and I had no idea what to do with it. So I gave it away and
asked for donations. By Friday, I had about $1000 to raise and needless to say, God
provided it by days’ end. Thanks to everyone who prayed and helped donate $3850 in
less than 10 days to make this trip possible! Seriously, from the depths of my heart,
thank you. After raising the money, between taking meds and getting shots, I got sick
and battled that for 2 weeks before we left. It was just the devil trying to dampen the
mood before the trip.

On to the incredible works during the trip. From the onset of landing in Tanzania I felt a
little uncomfortable, a weird feeling of being there. I was so thankful to have such a
great group of people surrounding me on the trip and they were encouraging in so many
ways that they probably don’t even know. I couldn’t have hand picked a better group of
people from Austin to go with. Holland, Ryan, and Catie, thank you for helping to make
this trip so memorable. Meanwhile, back home, lots of prayers from the church and
family and friends for us that were going to serve our Lord was taking place. Much,
much appreciated and needed. It took almost 2 and a half days to get where we were
going out in the bush. It was tiring but so very worth it.

Below you will see my translators and pastors and I, as well as the Austin team. 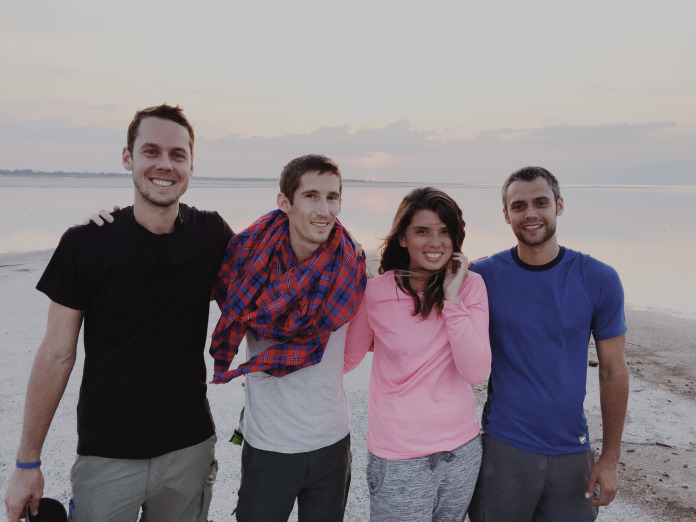 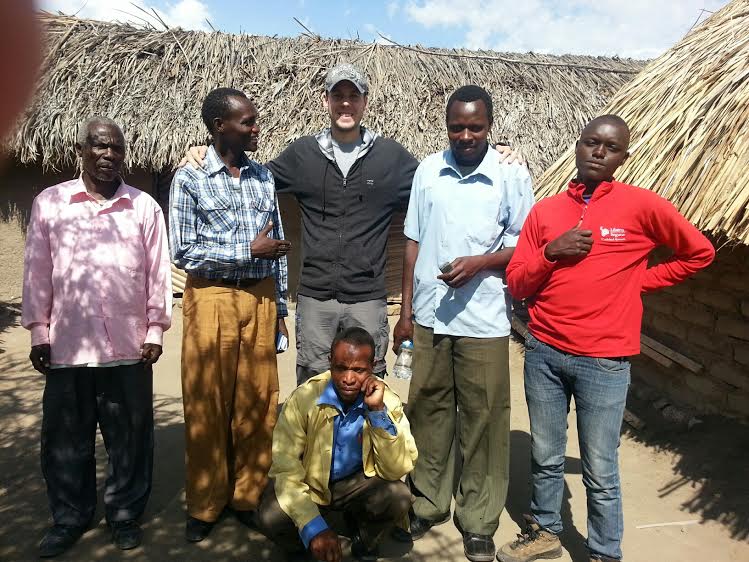 Our mission while we were at our destination: To spread out and walk through various villages, to evangelize and share the gospel to different tribes who had never heard.

Also, we aimed to teach people how to read through the Bible and share the
gospel of Jesus with others. God performed miracle after miracle during the 4 days we
were given to share the gospel with people. We were placed in teams of 2 Americans,
and each of us had our own translator and pastor/leader that came from various areas
of the country to help us with our mission. Each day our team would be taken to
different areas and be dropped off at about 9 in the morning and picked up again at
about 5 to 6 at night. We walked hut to hut and shared the gospel with people. The
translators and pastors were incredible. They sacrificed their time and served people in
a way that I rarely get to witness. Putting everyone before themselves and providing a
great atmosphere for all. What we accomplished could not have been made possible
without them. I will forever remember my team, Pastor Emmanuel Maraha of EAGT
church and my translator Francis John. Thank you both.

Pastor Emmannuel Maraha and two girls sitting outside their home. 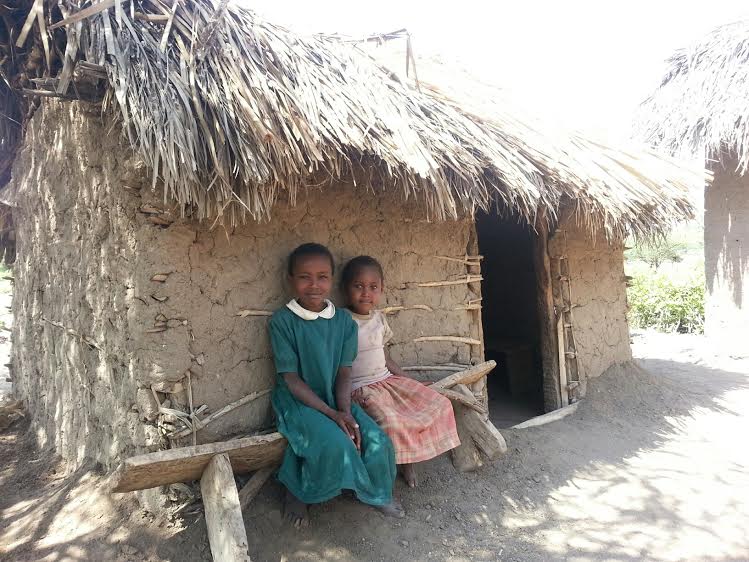 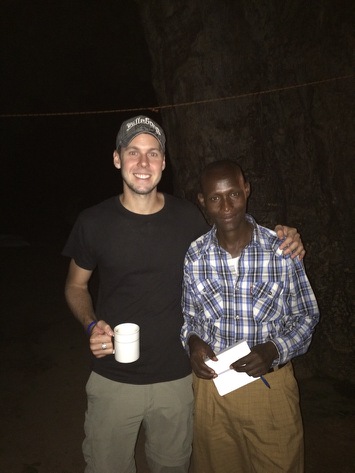 The first day of evangelizing started out a little rough for me. I remember being
uncomfortable and feeling incompetent of doing the task at hand. I couldn’t understand
why. I realized that through all the preparation of reading, studying, teaching and talking
about God’s word, I had become complacent in sharing the gospel with people and not
using all of my learning to reach out to others who need to hear about Jesus. Now was
the time to do it. The first few huts we went by, I probably butchered what I was trying to
say pretty bad. I was lacking in faith that these people could have a transformation in
their hearts simply by hearing a short story of Jesus. At the 3rd hut, a lady named
Debora Israel accepted Christ after I fumbled through the gospel. I was amazed that God took my mumble jumble and made it sound so beautiful to her that she desired
Christ! Incredible.

As the day went on we went hut to hut sharing about Jesus and God
gave me the confidence needed to boldly proclaim the gospel. I realized that God
simply wants us to share the message of His Son, Jesus, with people. He will do the
hard work. He was already preparing the hearts of the people we were going to be
talking with long before I ever knew I was going to be going on this trip. It hit me in the
face like a cold breeze and my trust in God increased drastically.
It was great to experience living life beside our brothers and sisters in Christ that come
from a different culture and live life in a manner completely foreign to us in America. I’ve
heard stories, seen pictures, and watched movies as well as the discovery channel
about life in Africa. But it wasn’t until I lived it out a few days that I understood what it
truly was like. The poverty in Tanzania makes New Orleans look like Manhattan. Every
lunch and dinner we ate rice and beans, and I think goat meat. Most people probably
own no more than a few shirts, pants, and if they are lucky a pair of beat up shoes. To
witness this first hand and see how the people are still so happy, welcoming and loving
is heart breaking. So many emotions and thoughts going through my head when I think
about it. Why do I “need” plain t-shirts, v-necks, logo shirts, polos, button ups, and so
many jackets, especially in Texas? Why do these people seem to have more joy than I
do with so much less? And the answer is simply put, we don’t need anything but Jesus
and they understand it because they know nothing else. They see their hope for their
family, friends, village, and country all in the life of Jesus. What a beautiful thing. It’s
amazing how God can use all things for good and for His glory. We went on a trip to
teach people and in return I learned just as much, if not more, and grew in my faith and
trust in God tremendously. Over the span of a few days, our group that traveled to Tanzania witnessed almost 1300 people hearing about Jesus and 748 people saying yes to Jesus! Incredible. Take a minute to think about that and let it soak in. Because of a group of people being obedient to God’s calling, 748 people were saved from death and given life and seeds have been planted in over 500 more.

Below are photos of a baptism and a group of people who has all heard the Gospel for the first time and believed. 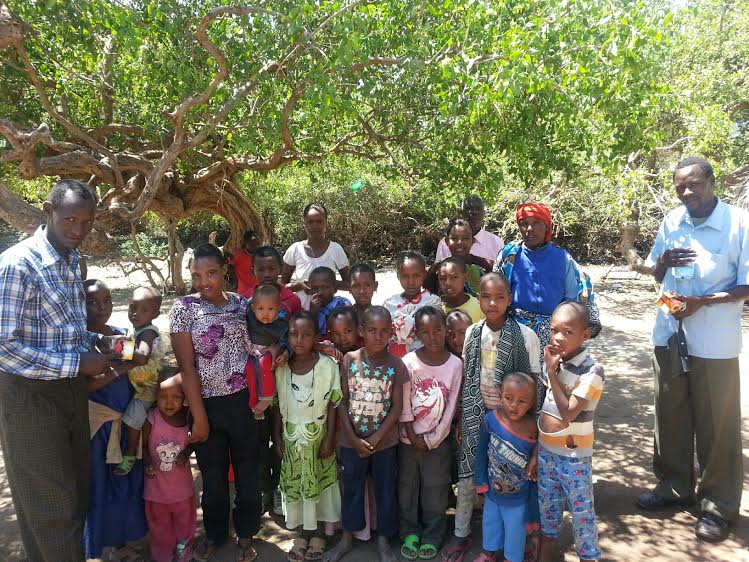 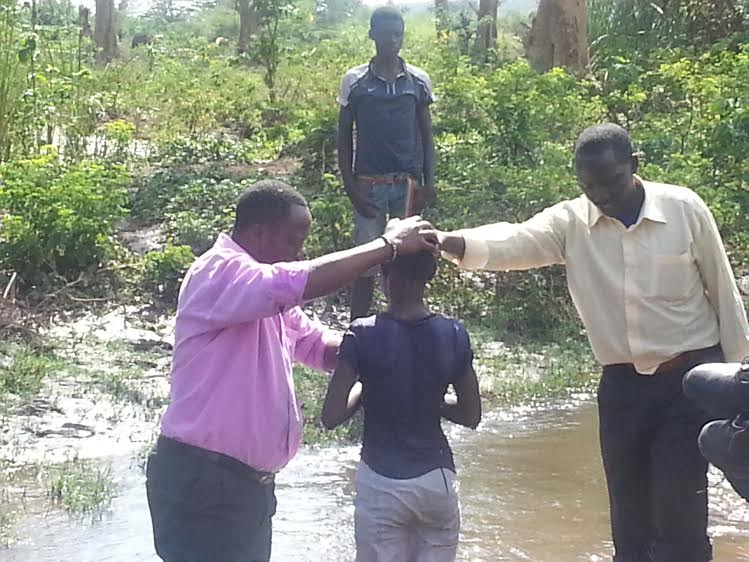 God didn’t need me to go to Tanzania to do this work. But He delights in us being obedient to His calling and submitting to Him. He wants to use us a vessel in which He can claim what was His from the beginning.

Again,
I would like to say thank you for all the prayers and donations that helped make this trip
possible for all of us. As they say in the Swahili language, Mungu Akuburiki. Praise God.

My BFF Samueli and I. 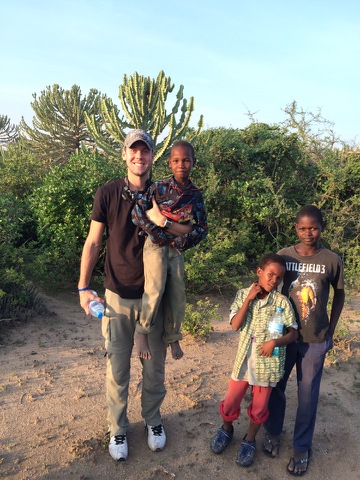 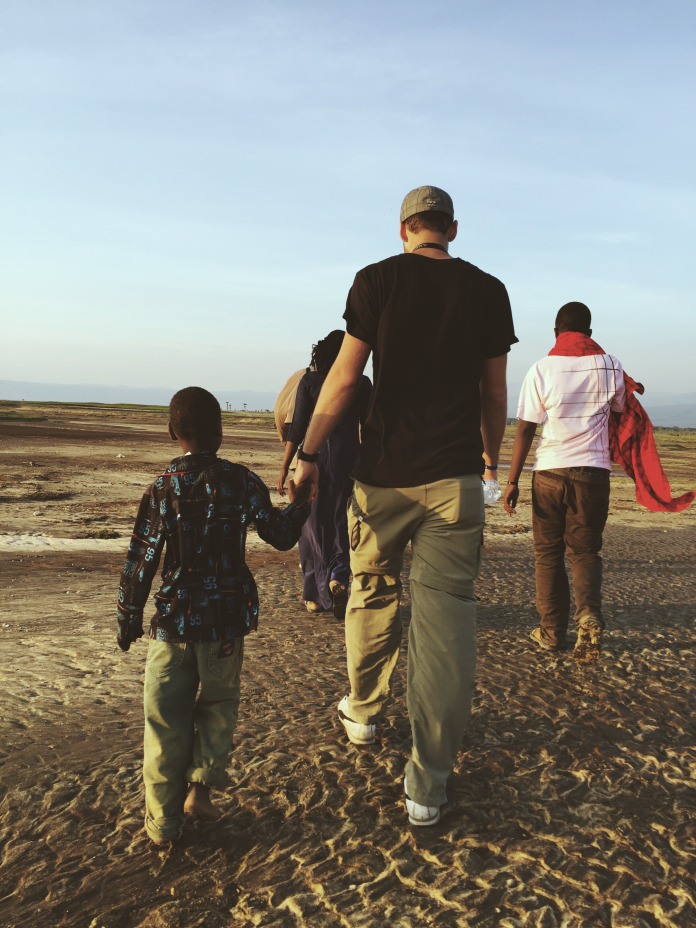