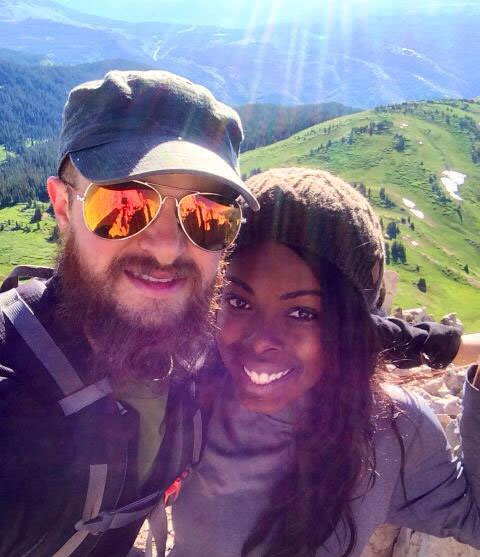 As I sit here writing this message, I am in such awe that in just 3 short days I will stand at an altar before my friends and family and say “I do” to the most amazing man I’ve ever known who’s love I absolutely do not deserve. It’s no ordinary love, and it’s far from perfect, but it’s a love beyond anything I could have ever hoped or dreamed for. A love so laced in grace that when I sit and ponder it I am filled with nothing, but gratitude. A love that only the God who created the heavens and the earth could have orchestrated Himself.

You see 5 months before I met Shep (my soon to be husband) I had just gotten out of a 7 month relationship that left me completely desolate and broken and my heart was desperate for healing. I had come to this place many times before. My life was actually starting to take on a pretty consistent pattern of broken, empty relationships and destructive attempts of trying to self medicate that followed. It was nothing new to me, I had actually become very familiar with this morbid cycle, but this time it was different. Up until that point I had spent so much of my young adult years running, not physically because I absolutely hate running , but running…mentally, emotionally and spiritually. I had run as far as I could away from truth and away from God, and I just couldn’t run anymore. I had come to the end of myself. I was weary, I had exhausted all of my options and it seemed there was no one and nowhere else to run to, so in my brokenness I cried out to God.[/two_thirds_last]

Psalm 18:6 – But in my distress I cried out to the LORD; yes, I prayed to my God for help. He heard me from his sanctuary; my cry to him reached his ears.

I’ll never forget the night. I laid on my bedroom floor crying out to God asking for forgiveness for my unfaithfulness to Him, for chasing after other lovers, for prostituting my heart and searching elsewhere for the love that only He can give. I remember asking Jesus to take me back and to heal my broken heart from all of the damage that had been done to it as a result of my sin. It was a sincere prayer one that I had never prayed before. After years of seeking fulfillment in such empty things I had finally come to the realization that God’s love was the only thing that could quench my thirsty soul.

So I laid there on the floor crying out to God and immediately I felt Him. It was as if Jesus himself came and stood in the room with me. I felt His tangible presence, I felt wrapped up in His love and in His arms and from that moment on I knew I would never be the same.

Psalm 147:3 – He heals the brokenhearted and bandages their wounds.

My life changed drastically. I began serving faithfully at Wells Brach Community Church (which was the very same church I completely avoided in my time of running away from God.) My desires changed and for the first time ever in my life I was content and at peace with who I was. My eyes were fixed on Jesus; doves eyes. I had encountered His unfailing love and I wanted nothing more. He had become the focal point of my life and loving Him and living a life of obedience to His word was now my hearts deepest desire.

Free from sin, from from bondage, free from the destructive patterns of searching for love in all the wrong places and by the love of Christ I had been made new. For 5 months I walked in my new found freedom, I embraced it wholeheartedly and though at times I had yearnings for other things, instead of running away from God to pursue them I ran to Him and surrendered them. It was beautiful. I loved the intimacy of our relationship, I loved that Jesus had become all that I needed.

And then I met Shep!!! We had served together and been friends through our young adults group so I was fully aware of who he was. I knew that he loved God, that he loved people and that he was a man of noble character. It was very evident by the way he lived his life that Jesus was first. I had taken a keen interest in him, but was adamant that I could do nothing to pursue him (or make it happen myself) I had spent most of my life pursuing guys and that always ended up a mess, I was done with “chasing after other lovers” so I did the only thing I believe anyone should do in moments like that. I took my desire to God in prayer. I sought counsel and I was still.

I didn’t make myself available, I didn’t “throw him a bone” I just prayed. I knew that if the desire I had in my heart was from God then He would be the one to orchestrate it… and He did! Not long after, Shep asked me out on a date and after 6 months of dating we will be married in just 3 short days!!! God is faithful!

The reality is, my desire for a spouse wasn’t fulfilled until my eyes were fixed solely on Christ. It wasn’t until I took hold of the beautiful truth that God’s unfailing, unconditional love was MORE than enough for me that He then joined me with someone who had encountered the same love and was living in the same truth.

So for those of you who are looking to “pursue a spouse” my advice to you is… don’t, but instead pursue Christ. Run fervently after Him. Seek Him first, make Him the desire of your heart and He’ll take care of the rest. It’s His word and He never lies!

Matthew 6:33 :Seek the Kingdom of God above all else, and live righteously, and he will give you everything you need.