A Soul Worth Dying For

Kcathy was 3 years old when she and her parents left South Korea and immigrated to America. Some of her earliest memories are of the struggle to assimilate to a new culture that she didn’t understand. She can recall moments on playgrounds where she couldn’t speak the language and feeling like she was on the outside looking in. These early experiences set up a lifetime of wondering if she ever really belonged. She was raised in a very devout family and remembers her first pull toward God in the 2nd grade. She, along with other young girls in her church, heard a presentation on the calling to becoming a nun. Kcathy felt conflicted by this because it awakened a real desire to serve God, but even at such an early age, she knew she wanted to get married and have a family someday. That day she prayed and begged God, “I want to serve you, but PLEASE don’t make me become a nun.”

Having deep roots in the church, Kcathy had a genuine belief in God, but no idea about a personal relationship with Jesus Christ. To her understanding, faith was following the ten commandments, obeying the sacraments of the church and trying as hard as you could not to sin and maybe, just maybe, that would be enough to earn you a place in heaven. One morning, when she was in the 8th grade, her best friend, Rachel, asked, “If you were to die today, do you know for sure if you would go to Heaven?” Kcathy had no idea how to answer that question. She wanted to say yes, but wasn’t entirely sure. Rachel shared the plan of salvation with Kcathy that morning.

Because, if you confess with your mouth that Jesus is Lord and believe in your heart that God raised him from the dead, you will be saved. For with the heart one believes and is justified, and with the mouth one confesses and is saved.

That day, over breakfast in a junior high cafeteria, Kcathy heard the gospel for the first time and accepted Christ to begin her own personal relationship with Him.

The announcement of her salvation was not well received by her parents. They forbid her from leaving the church she was apart of in pursuit of her newfound faith. While she was not allowed to go to church on Sunday mornings with Rachel, she was allowed to attend some youth group events and summer camp. It was a strange time for her as she straddled the fence between her previous doctrine and Baptist preaching. She didn’t quite fit in at her Korean church and she wasn’t able to belong to a Baptist church. In the high school years following her salvation, she maintained a sincere faith in Jesus despite the conflicting messages. She was a “good kid” and the most rebellious thing she ever did growing up was trying to be more spiritual than her family. 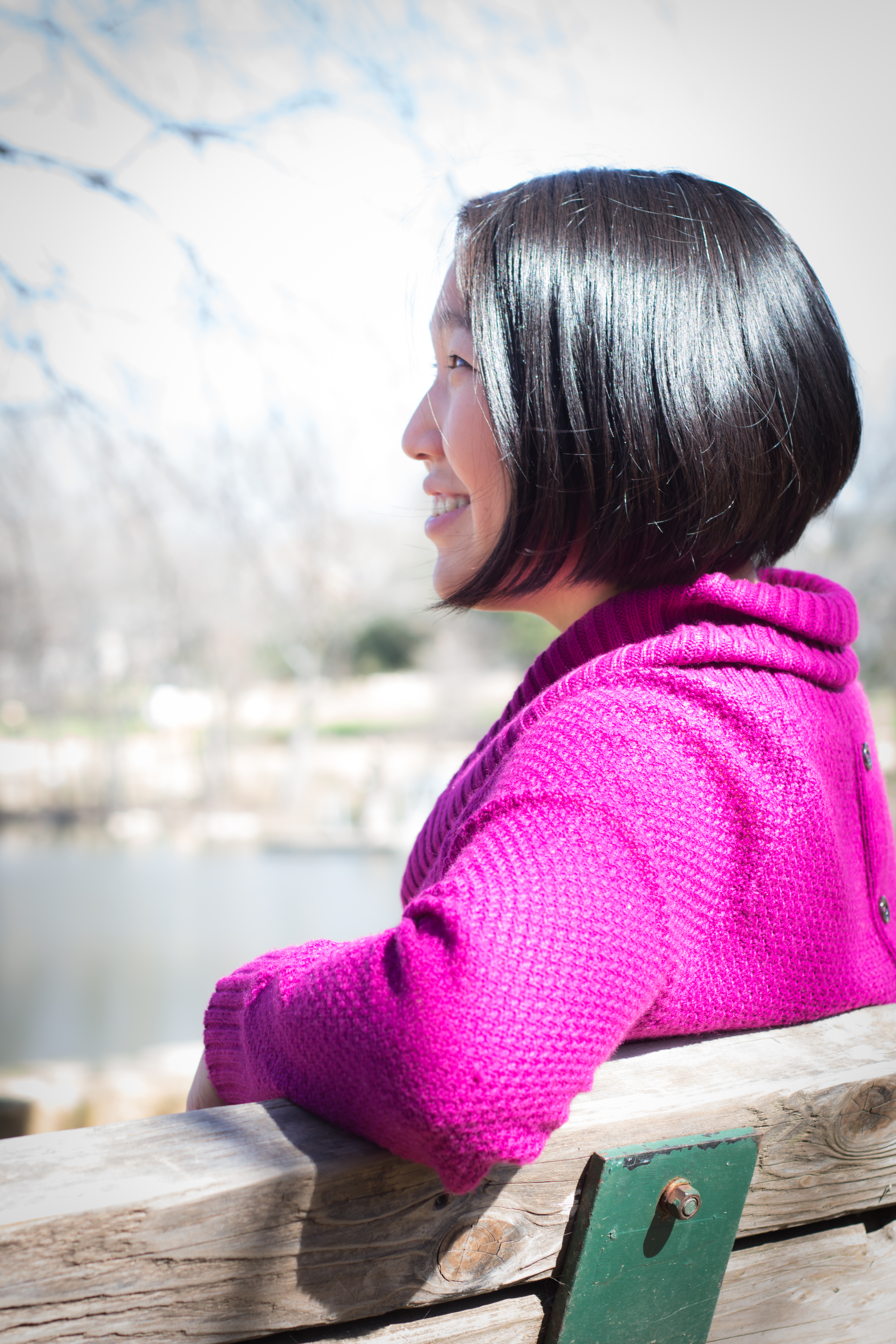 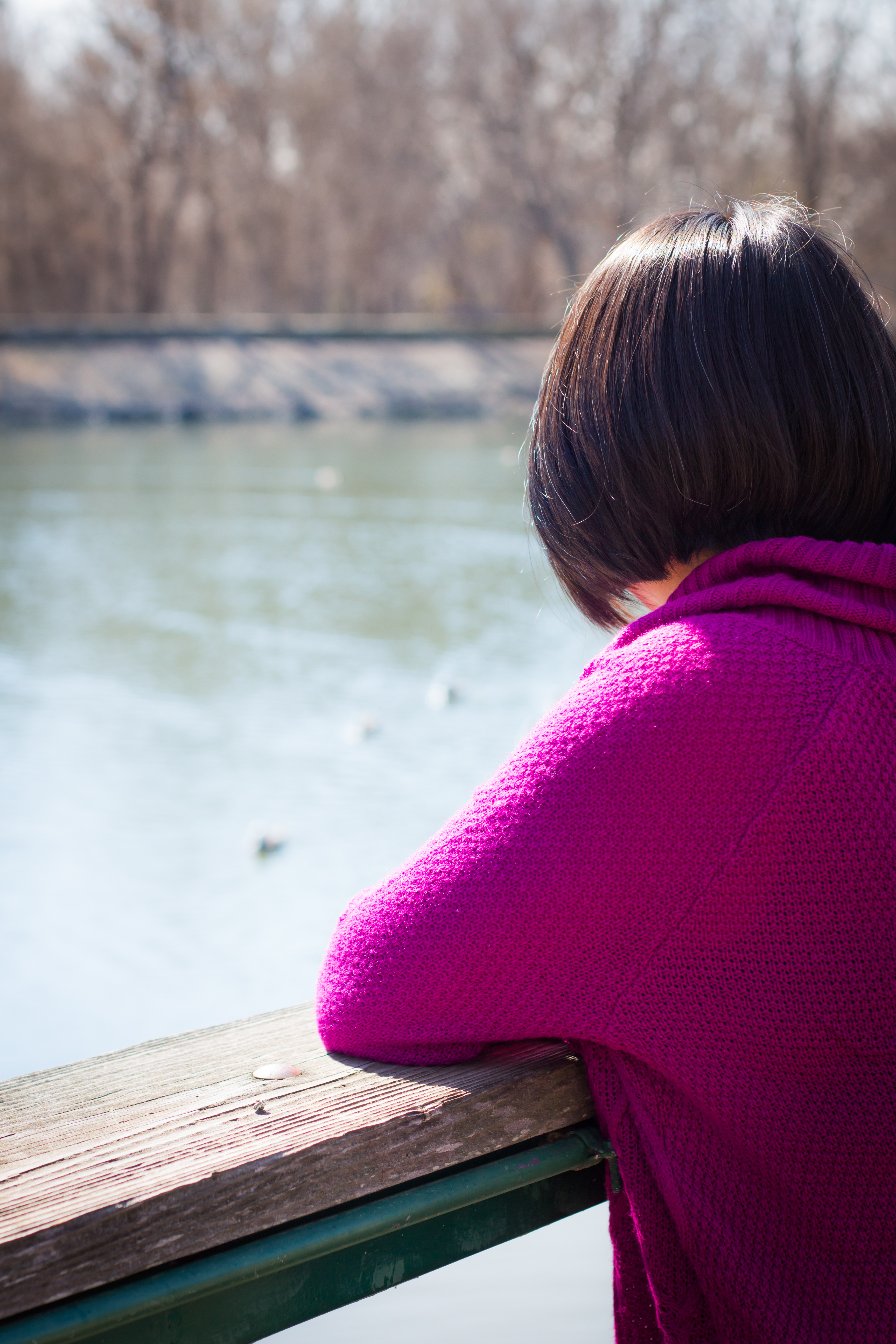 In college, she found herself away from her family, her friends, her home, all that was familiar. Struggling to fit in to college life, she started to feel intense loneliness and was haunted by feelings that she didn’t belong. Although she still believed in God, she felt abandoned, lost. She turned her back to Him and sought answers elsewhere, anything but Jesus. She fell into a deep depression, began skipping classes and lived a lifestyle of drinking and partying to try and fit in with the people around her. She hated life, she hated herself, and she hated the person she had become. One night, in the deep pit of her depression, she wrote two letters, one to God, and one to her parents, apologizing for what she was about to do. She took half a bottle of extra strength Tylenol and waited for what would happen.

The overdose resulted in an admission to an ICU for several days as doctors and nurses worked to save her life and prevent irreversible damage to her body. Suicide is associated with so much shame in the Church and in Korean culture, so after she was discharged from the hospital and returned home with her parents, she was instructed not to tell ANYONE about what had happened. She went to a therapist, who after one session, told her that she didn’t need further counseling. Left to her own devices, she began feeling the same sense of purposelessness and isolation as she had before.

She ran back to the BSM and found the missionary. She asked if they could talk and as they sat down together she shared the burden, struggle, and the weight her heart had been entangled with. She was tired, exhausted, and worn out from her life and she wanted answers. Graciously, and with much compassion, he validated and identified with her heartache, preached the gospel to her, and reminded her of the truth that even when she didn’t feel it, God was always with her.

She realized in every moment, God was there. He was calling for her to lay her burden on him, but instead she chose to turn away. In the darkest moment, His quiet presence was with her but she chose instead to listen to the angry voices of her insecurities. When she accepted Jesus, she belonged to Him, but she chose instead to seek belonging to the world. And when she saw in herself nothing lovable, nothing of worth, through grace, God saw a soul worth dying for. That day was the turning point for Kcathy. She was now a different person. Even though her parents did not agree with her faith, they could not deny the change happening before their eyes and they gave her their blessing to pursue her faith as she pleased.

If you ask Kcathy what the theme of her life has been, she would tell you GRACE. Grace “ the undeserved love given to us by God through Christ’s sacrifice on the Cross. It has taken her entire life for her to even begin to comprehend and trulyaccept God’s grace. Grace that is undeserved, but freely given. Grace that shows up in the darkest places of her life. Grace that drags her back to the cross when she is too stubborn to believe it is real. And Grace that gives her a place to belong.

Here at Wells Branch Community church, God has provided Kcathy with a wonderful community group, a women’s Bible study group and amazing women from the church who speak truth into her life. Now married with three children, Kcathy wishes she could tell you that life has been happily ever after. But life is messy, filled with struggles and challenges. She continues to struggle with depression and feelings of not belonging, but now, as she grows in her relationship with God, she is understanding that this fight is not hers. Grace on the cross shows her he has fought this battle and he has already won. She belongs to her savior and he is always with her. She is learning that in her weakness, her doubt, God is faithful. His grace is sufficient. 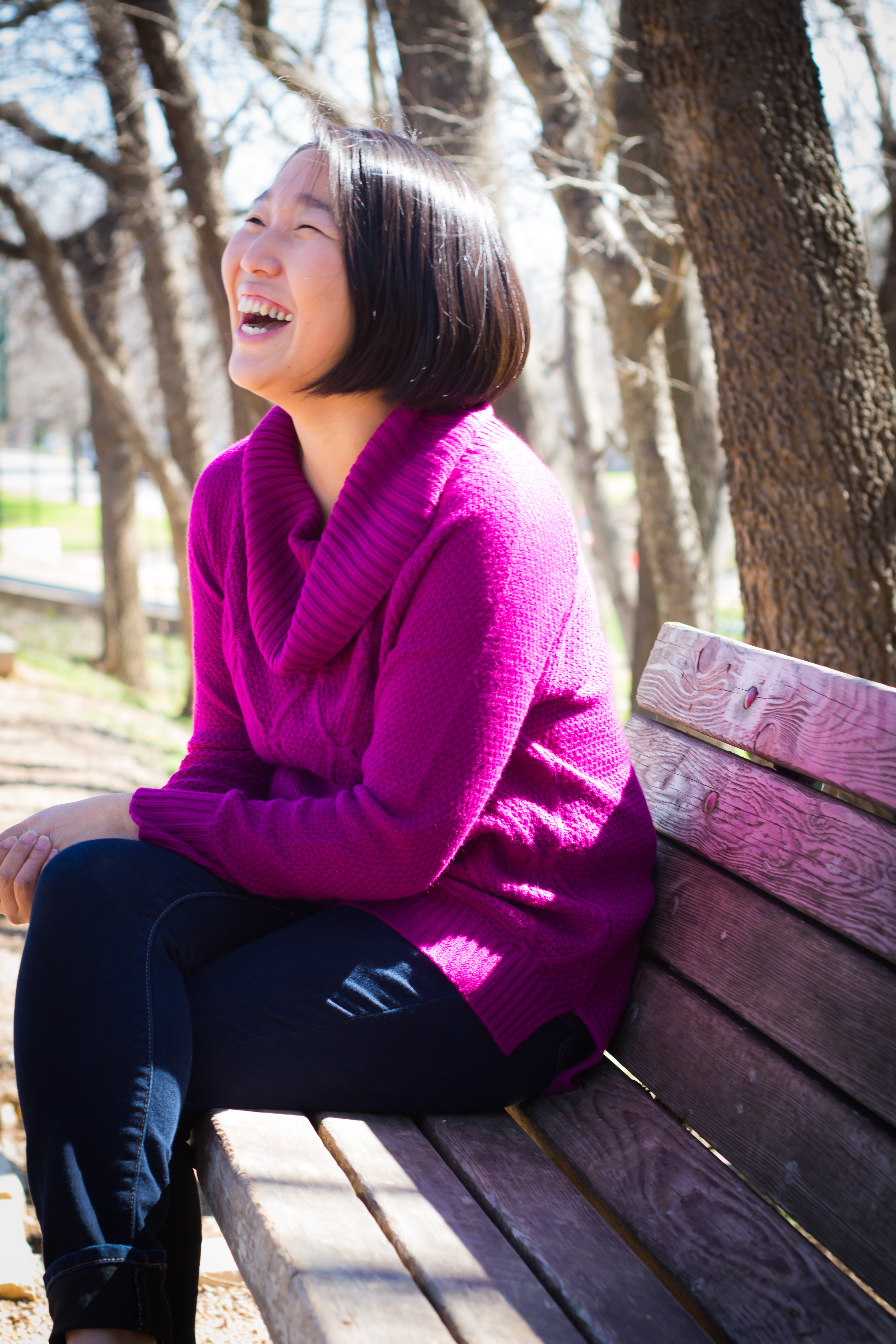 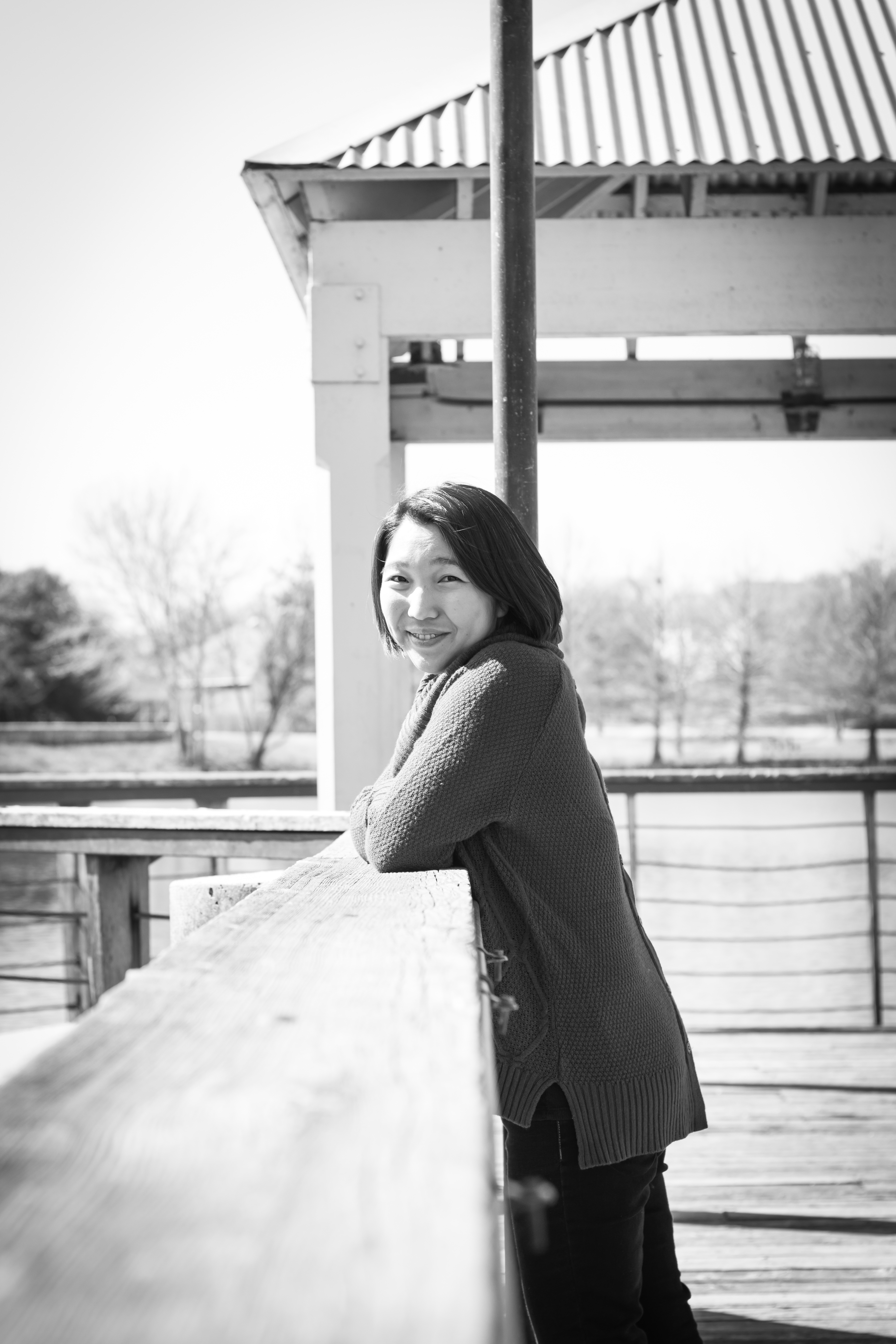 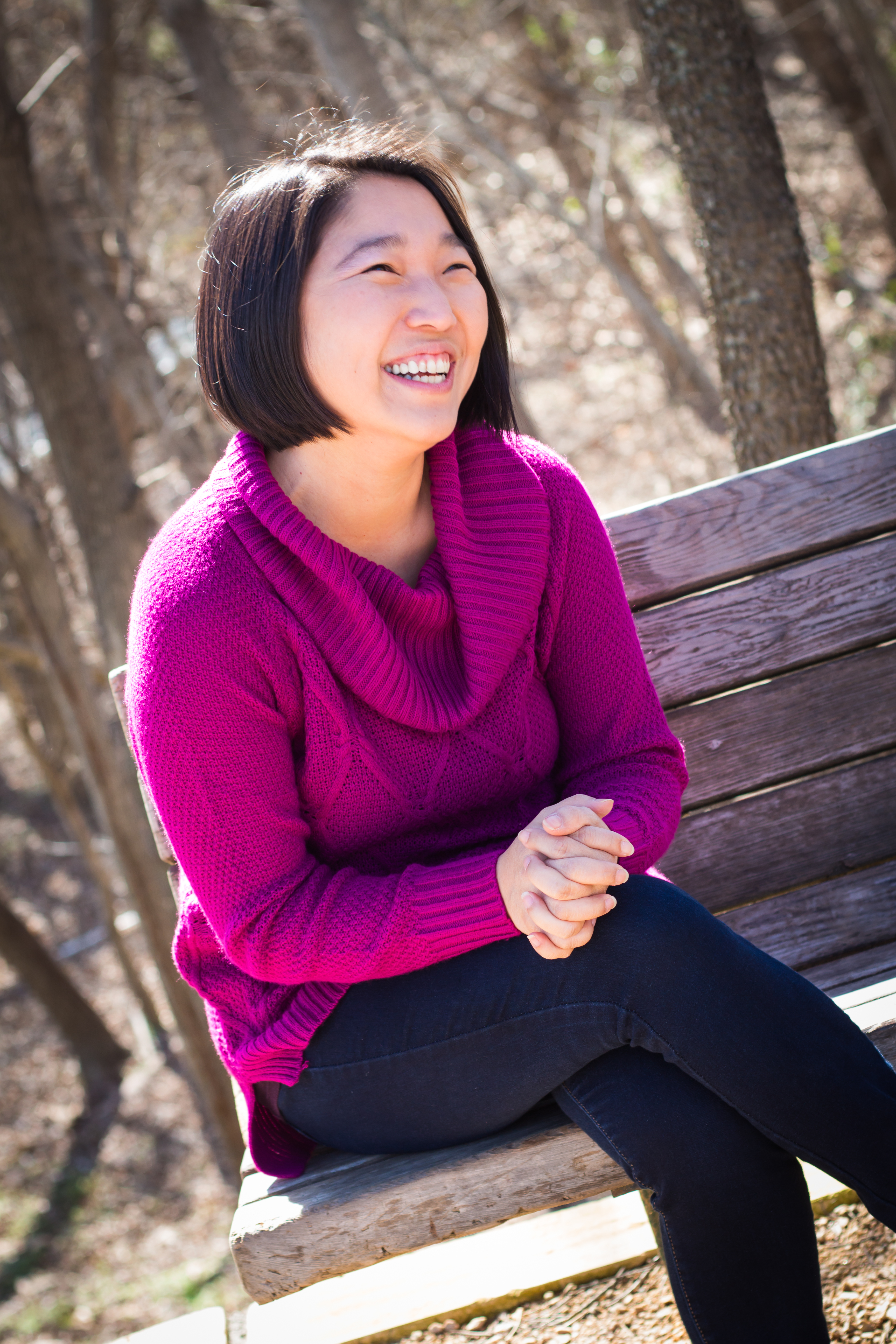 [God] saved us and called us to a holy calling, not because of our works, but because of his own purpose and grace, which he gave us in Christ Jesus before the ages began.  2 Timothy 1:9

For by grace you have been saved through faith. And this is not your own doing; it is the gift of God, not a result of works, so that no one may boast. For we are his workmanship, created in Christ Jesus for good works, which God prepared beforehand, that we should walk in them.  Ephesians 2:8-10